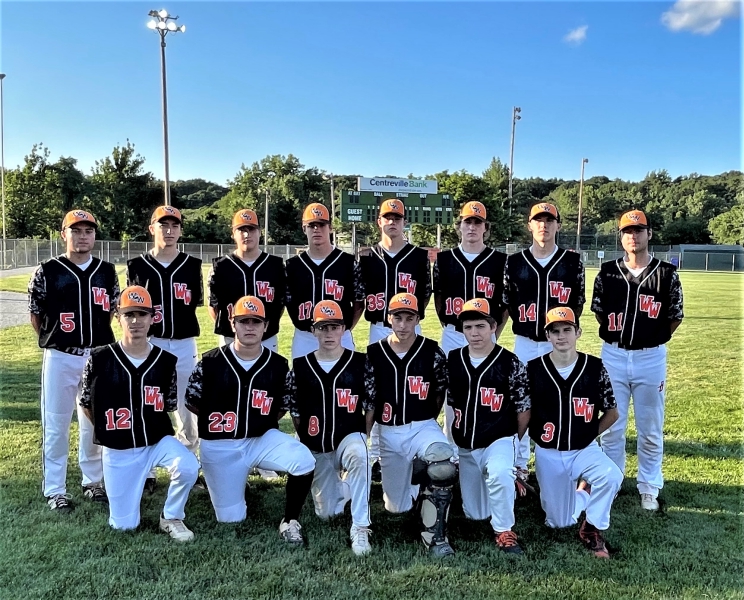 Led by the solid pitching of Calvin Battersby, West Warwick tied their series against East Providence at 1-1 with a 6-3 victory.

Batterbsy, who went the distance, gave up only one earned run on four hits with three strikeouts.

West Warwick took an early 2-1 lead in the top of the second inning when Dominic Carollo (infield hit) and Nick Brown (single) scored on a Logan Dean rbi single and an error.

East Providence tied it at 2-2 in the bottom of the fifth inning when Aidan Kerwick singled, advanced to second on an error, moved to third on a walk and scored on Matt Borden’s sacrifice fly to center.

In the top of the sixth inning, WWCM made it 5-2 when they scored three runs on two hits (Chase Joubert and Sammy Corrado) two errors.

Trailing 5-2, the Knights cut the lead to 5-3 with a run from Chris Laureano. Laureano walked, moved to second on an errant throw and later scored on another infield error.

Despite giving a double to Matt Borden, Battersby was able to retire three batters on three flyouts to record the victory.