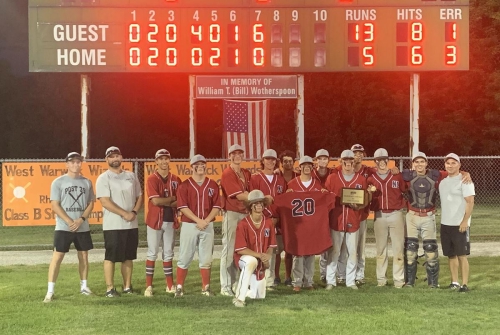 The Chariho Chargers moved onto the Rhode Island Connie Mack State Championship series by defeating West Warwick in their best two out of ... [more]

Tiverton haven't uploaded any videos yet.