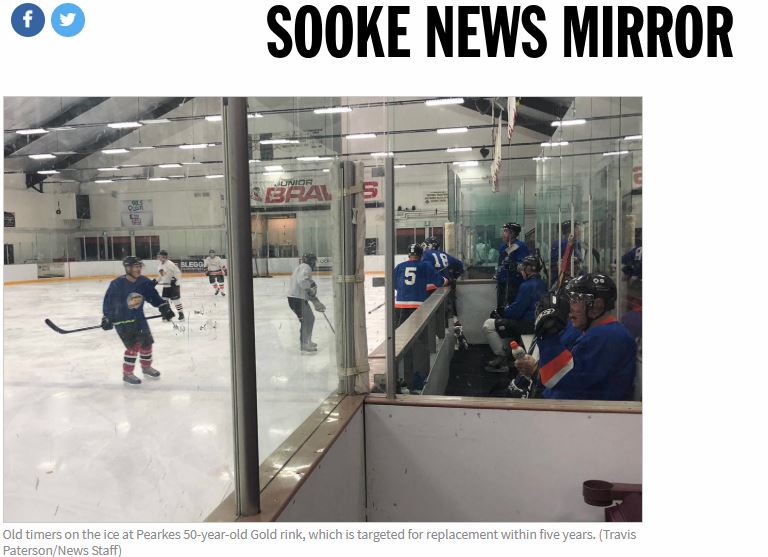 Thank you to Sooke News for recognizing that Pearkes is in need of a third rink:

“Adding a rink in Greater Victoria is an ongoing discussion that goes back to the opening of the arena at George Pearkes in 1968. Saanich later added the second rink to Pearkes but most interestingly, there were plans for a third ice pad that’s never happened, noted new Saanich Mayor Fred Haynes.

Pearkes’ original Gold rink is actually 10 years beyond its estimated life of 40 years and is pegged for a $2- to $4-million rebuild within five years. Pearkes is also being studied in Saanich’s current market analysis of its recreation centres and if needed, Haynes said he will support the addition of a third ice rink, which was in the original plans."

Please click on the following link to read the full article: https://www.sookenewsmirror.com/sports/third-rink-needed-immediately-at-pearkes-say-users/