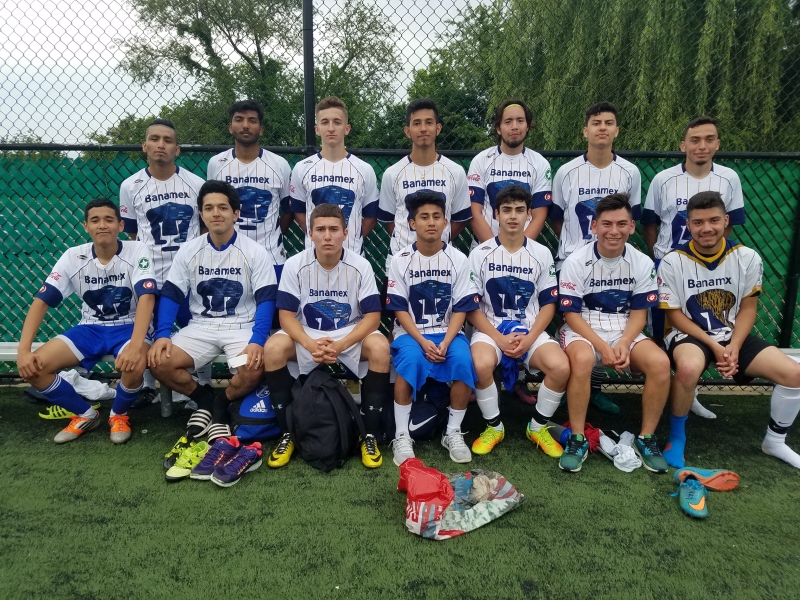 Two semifinals were played on Sunday September 10th at Columbus Park Port Chester
The outcome were simply surprises, PCSC U21 beat the all-time favorite Deportivo La Maquina by 4-1. La Maquina with their full squad could not penetrate the very well positioned PCSC defensive line. PCSC open up the score at 7th minute of the first half, with a 2-0 in the scoreboard both teams ended the first half.
In the second half, La Maquina try to shorten the difference by making fresh substitutions but end up falling in a disarray complicating things even more. At the 20th PCSC score again making an uphill battle for La Maquina; they discounted on a penalty kick at minute 31 and with a 3-1 against, La Maquina insisted unsuccessfully to shorten the score. Finally the game ended up with 4-1 in favor of the young team Port Chester Soccer Club U21. This team is the first time participating in an adult league and first time becoming a finalist.
The second game was scheduled for 4:00 p.m. between C.A. Tumi vs Cortlandt FC. Quite an expectation for this game since Cortlandt FC defeated C.A Tumi in their last encounter for the regular season.
Contrary to our expectations Tumi took an early lead at the 6th minute of the first half. Surprisingly, the first half ended with a 2-0 lead for Tumi after Juan Nunez took a beautiful air ball shot. Early in the second half Tumi, Abdul score again and shortly after Cortlandt FC put the score 3-1.
A rain of goals followed the minutes after Cortland woke up, Tumi scored the 4th, 5th and 6th, and 7th goals one after another; Cortlandt FC discounted twice after that. The final score tells the rest of the story with a 10-4 lead C.A. Tumi has become once again the other finalist.