hide
hide
No announcements have been posted yet for 10U Willie Mays A Division.

Gone, But Not Forgotten 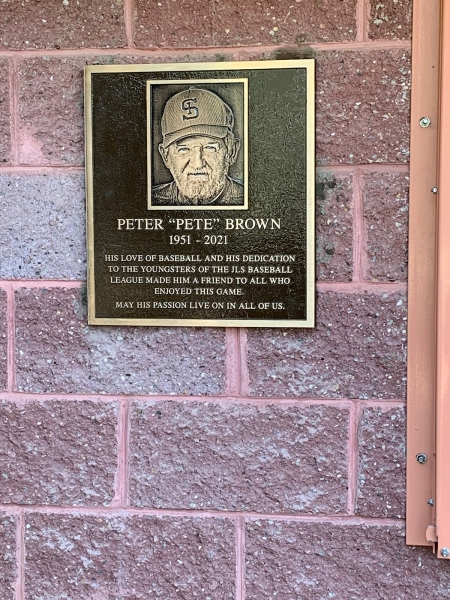 Recently, the JLS Board of Directors installed a memorial plaque for our late President Pete Brown at Picknelly Field. With this plaque, Pete’s legacy will forever be remembered for years to come.
Stop by Picknelly next season to see it.

HOW TO ADD A NEW PLAYER TO YOUR ROSTER

Teams in T-ball, 8U, 10U and 12U can add players to their roster until May 31st, 14U & 16U can add players until June 21st. Any change to your roster must be approved (in writing) by a member of the Board of Directors (JLS Organizational Rules 2.3).

You must have the following in your hand:

Email the revised roster to jlsforms@comcast.net (This is important do not forget).

Take the three items listed above to any member of the JLS Board of Directors. That Director will approve the new roster and sign one copy and return it to you. The four remaining copies will be retained for the appropriate parties.

Your new player is ready to join your team!

DIRECTIONS FOR FILLING OUT JLS FORMS

It appears that many coaches/coordinators are having problems filling in and saving these forms. You MUST follow the below instructions to prevent having problems. If you are following these directions and you are still having problems make sure you have the most current version of Adobe Reader which is available at www.adobe.com for free.

by Jerry Weldon
John L. Sullivan was born in the north end of Springfield in 1899. Although he was named John Joseph Sullivan he was such a big fan of the boxing legend John L. Sullivan that he was called John L. by his friends and the name stayed with him for the rest of his life.
A sports enthusiast from an early age, he loved all sports and took pleasure in organizing groups for games. Even as a youth he became a leader and others looked to John L. for help when it came to getting games together.
An early example of his leadership abilities became apparent when at the age of 18 he managed a baseball team called the Liberty Braves with notable success. In the 1920's he organized the City Baseball Leagues and became the league president.

When the City Council created the job 'Director of Juvenile Activities' they had to look no further than to John L. to fill the post. If ever a man and a job were meant for each other, this was it. So good was his memory that he kept track of schedules and even team rosters in his head. This was just another example of his commitment to youth sports.

The boys of that era had a great friend in John L. He was always there for them, ready to help and always advised "Let's play it clean kids". Now deceased for over 50 years, The King of Kids name lives on as we play under the banner of "John L. Sullivan Sandlot Leagues".
cancel