Posted by Paul Gard at Mar 14, 2010 5:00PM PDT ( 0 Comments )
more editing options
Players from League teams had alot of fun showing off their skills. Thanks to Bob Bruce for the picture! 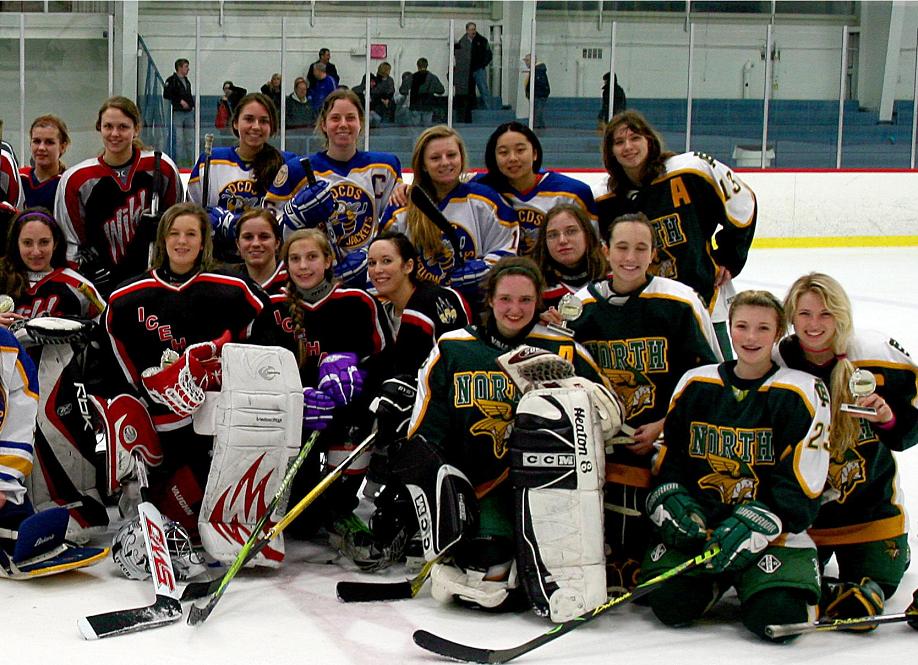 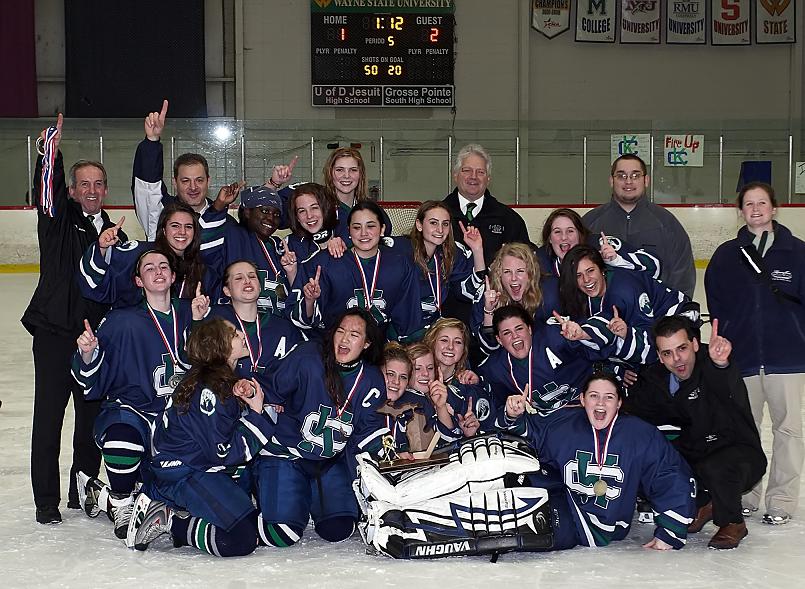 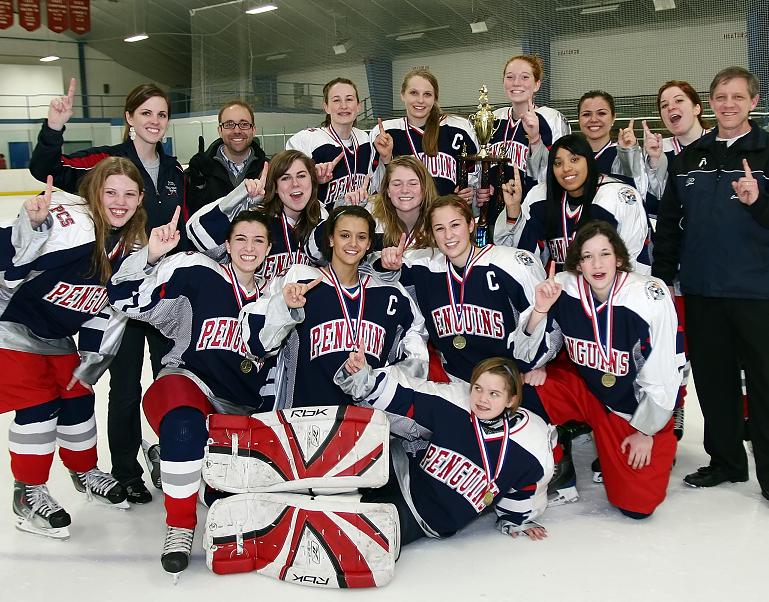 Angie Chronis of Ann Arbor is holding the Miss Hockey 2009 trophy with her Dad/Coach Steve Chronis and Head Coach Lonnie Grantham behind her. Congratulations Angie on a great season! For 2010 she is playing for Lake Forest College who just finished in First Place (first time in school history) in the NCHA Division! Must be because of the strong Freshman class!!!  http://www.lakeforest.edu/foresters/whockey/~index.htm 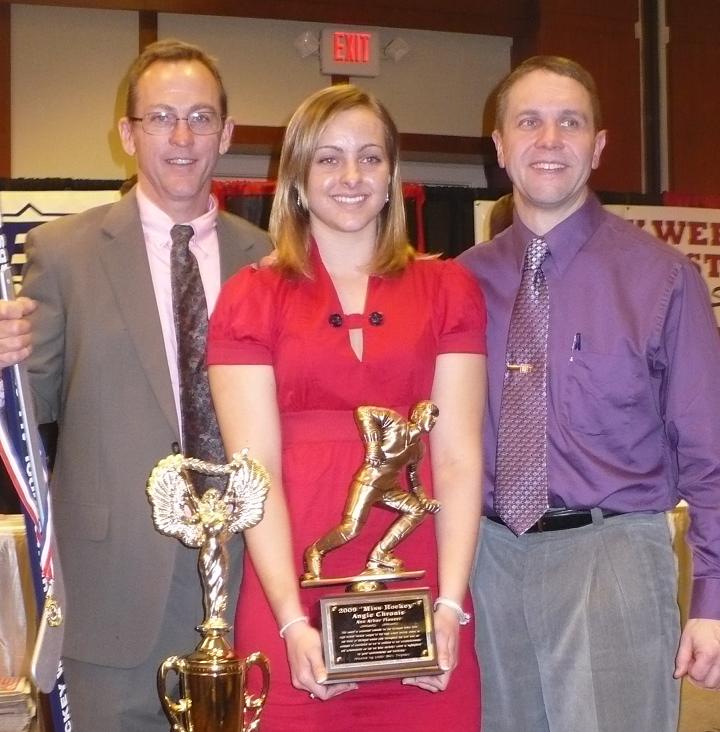