Please check out our new history tabs which includes Colls year by year record, score of every game played and all-time record vs. each opponent. 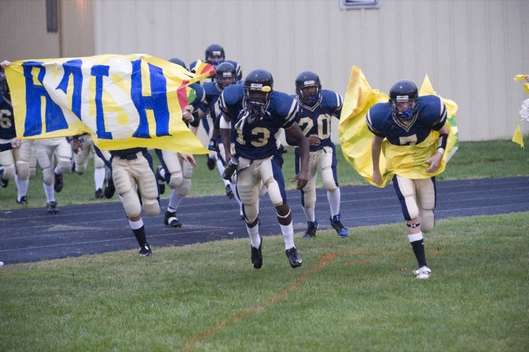 Barikian steps aside after 27 seasons

Collingswood will always be a part of Bob Barikian.

And after 27 seasons as its head football coach, Barikian will always be a part of Collingswood.

The veteran coach has decided to retire from the game, the second all-time winningest coach in school history with 128 career victories. The Panthers went 6-4 overall last fall, defeating Sterling (Barikian's alma mater) in what proved to be his final game.

Howard "Skeets" Irvine holds the record with 223 in a career that spanned four decades.

"It just seemed like the right time. This decision was something I talked to (athletic director) Ron Hamrick about last year," said Barikian, who's also a special education teacher in the school district.

"We had a great group of seniors this year and there's a good group behind them. I just figured it was time to hang it up. It wasn't really a hard decision. I enjoyed all of my time and being with the kids. It was a lot of fun."

Barikian said he'll be replaced by Jack McConnell, a 1988 graduate who played under Barikian and has served as an assistant.

"Jack is awesome," Barikian said. "Knowing that Jack will take over is something really special. He was a freshman when I started and we've been together for a long time. He'll be great with the kids."

Barikian, who will turn 60 in June, spent six years as an assistant at Pitman before coming to Collingswood. He was an assistant for four years before taking over as head coach in 1984.

"The greatest part was working with the kids," he said. "Every year there was a different team, a different group of seniors. Some of the best teams I had weren't the ones that had the most success.

"It was great watching the kids grow, to see them become adults and have families of their own. It was an unbelievable experience." Reach Kevin Minnick at kminnick@camden.gannett.com