hide
hide
No announcements have been posted yet for Warren Elevator (E). 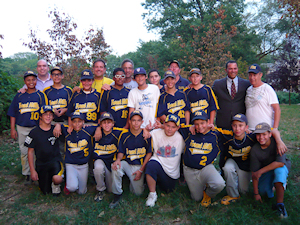 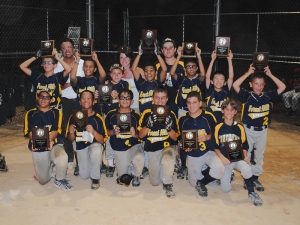 WANTED: MINORS AND ADULTS TO APPEAR IN AN UPCOMING MOVIE

United Metropolitan, an independent production company will be shooting a scene for an upcoming movie, Thanksgiving Day (release date Nov. 2011) on the Fleet Street Fields on Tuesday, August 24 and Wednesday, August 25.

The scene requires the bleachers be filled with extra’s watching a baseball game. Shooting will take place between the hours 9am until 5pm.

In order to be in the film, all participants must sign a release form prior to the day of filming. All minors must have the release signed by a parent.

Please come to the clubhouse Monday thru Friday between the hours of 12 noon and 5pm to get a release form.

REMEMBER:  If the release form is not signed and filed prior to filming you will not be allowed on the property. There will be no exceptions.

This is a low budget film so there will be no compensation for appearing in the film.

Photos taken by Augie of the 2010 Pan-Con and Major League All-Star Games played on June 6th.  Enter FHLLALLSTARS (all caps) if prompted for a password.
Thanks Augie for the great photos and for sharing them with the league!