The fourth-quarter clock at University of Maryland’s Xfinity Center ticked below three minutes Friday, and nobody would have blamed the Gwynn Park boys’ basketball team if it went quietly into the College Park night. But these Yellow Jackets had a resolve few could match this winter, and it once again emerged at the end of the Maryland 2A state semifinals.

No. 8 Gwynn Park fell short of its first trip to the state final since 2010 in a 65-58 loss to New Town, but not before it showed the Baltimore Sun’s top-ranked team exactly how it got to this point.

Trailing by 14 points with less than three minutes to go, the Yellow Jackets nearly pulled off a shocking comeback with a full-court press that forced a succession of steals, ignited a 15-2 surge and put them in position to send the game into overtime.

Once two New Town foul shots left Gwynn Park down just 61-58, junior Justin Faison (15 points) let loose a three-pointer from the top of the key with 23 seconds left. The fans from Brandywine gasped, perhaps expecting it to go in considering the Yellow Jackets were just nine days removed from overcoming an 18-point deficit in the 2A South region semifinals against Douglass.

The ball sailed wide left, and New Town soon iced the game at the free throw line. But everybody involved couldn’t help but be impressed with the exciting finish Gwynn Park created.

The Yellow Jackets (24-3) were ultimately done in by poor free throw shooting and an inability to solve the 2-3 zone New Town (23-2) employed.

“Their length was the majority of the problem,” forward Isaiah Miles noted.

And yet Gwynn Park stayed close in the first half despite a poor shooting performance. It then briefly took the lead in the third quarter by creating turnovers and getting out on the fast break

But the Titans responded with a powerful 14-0 run that didn’t end until early in the fourth quarter. It provided the defending 2A state champions with just enough cushion late.

Senior Aaron Parker led Gwynn Park with 15 points and 11 rebounds and Miles also had a double-double (10 points, 12 rebounds), but “we just couldn’t get over the hump,” Faison said.

That, however, did little to dissuade Glick’s pride in what took place during the frantic final few minutes.

“One of the most resilient bunches I’ve coached in 23 years,” he said. “I’ve never been prouder of a team than I am of this team. Went out like champions. Just came up a possession or two short.”

Previewing the Maryland boys' 3A, 2A, and 1A state tournaments Wash Post

March 10, 2016 12:40 AM EST - Marc Stern and The Washington Post's Mark Giannotto take a look at the upcoming state tournaments. (Video by Dalton Okolo for Synthesis/Koubaroulis LLC.)

Outlook: After capturing the program's second state title last year in Class 1A, New Town made the jump to 2A this season. So far, so good. The Titans claimed the Baltimore County championship and followed with the North Region crown, taking a 15-game winning streak into Friday. The Titans have made a strong commitment to coach Mike Daniel's emphasis on strong team defense, yielding only 46 points per game to opponents. The team's offense revolves around the senior guard tandem of Devin Smith and Matthew Johnson, who have combined to score 31 points per game. Gwynn Park, from Prince George's County, also leans on its defense under veteran coach Mike Glick and the Yellow Jackets feature a balanced offense with junior guard Justin Faison leading five players in double figures at 15.5 points per game.

As Pete Corriero, Josh Pratt and Mike Glick headed out for their respective basketball games last Friday night, they all hoped for the best for not only themselves, but also their two friends.

When they gathered together later that night, they were all region champions.

"What a great feeling. We had just won and my assistant coaches told me Josh and Pete had also won," said Glick, who will lead Gwynn Park against New Town on Friday in the Class 2A state semifinals. "I was just overjoyed, and then instantly we said, 'Where are we meeting?'"

Corriero (Meade), Pratt (Huntingtown) and Glick are three of the 16 boys basketball coaches in the state who will participate in the state semifinals on Thursday and Friday at the University of Maryland's Xfinity Center.

Though they're now on their own with different sets of assistant coaches, they can each attribute their success to the fact that they've crossed paths with the other two.

It all started way back in the early 90s, when Pratt played for Glick at Montgomery College. When Glick took a job at St. Vincent Pallotti, he asked Pratt to be his assistant. The pair stayed together and moved on to Archbishop Spalding, then Pratt was hired by Dave Lanham to lead St. Mary's. 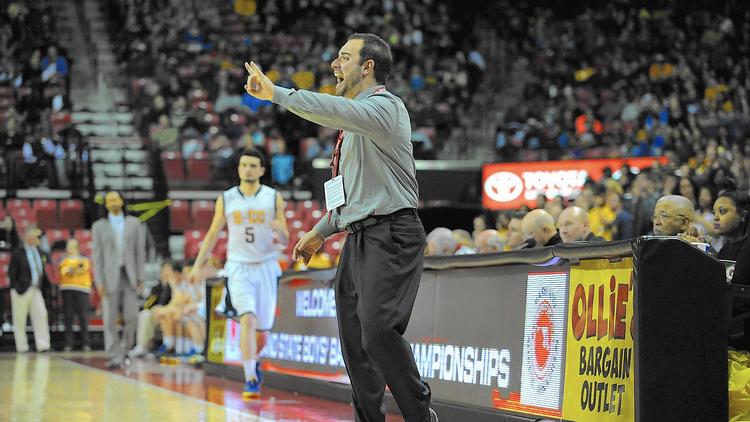 As a 21-year-old just out of college and interested in coaching, Corriero emailed Pratt inquiring about an opening at St. Mary's. Pratt told Corriero to come in to talk, and the two were working together shortly after. Pratt decided to take a job at Towson Catholic, and with Corriero not interested in joining him, Pratt suggested Glick hire Corriero at Gwynn Park.

"Josh called me and said I have a great young coach who could be your junior varsity coach. The best thing I've done was hire Pete," Glick said. "He was with me for two years and we went to the state final four. Pete helped lay the foundation of the program."

Corriero eventually landed at Meade and has gone 111-60 in seven seasons. After three straight sub-.500 seasons, Corriero's teams won 17 games each of the next two seasons and have gone 48-5 the last two years and won the state title in 2015. With two more wins this year, he would become the first public-school county coach to win back-to-back state titles and just the second to win multiple championships, joining Southern's Tom Albright.

Pratt, a Crofton resident, just led Huntingtown to a school-record 21 wins and the first region title in school history. The Hurricanes will face C. Milton Wright in a Class 3A state semifinal in the first game of the state tournament on Thursday afternoon. 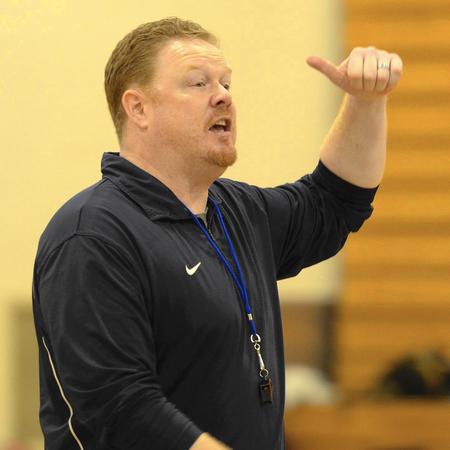 Pratt began his coaching career in 1993 as a junior varsity head coach and assistant varsity coach under Glick at Pallotti. He followed Glick to Archbishop Spalding, where he coached and helped develop current NBA star Rudy Gay.

Lanham gave Pratt his first varsity head coaching job at St. Mary's, where Pratt stayed for a year before moving on to Towson Catholic. He coached the Owls for four years and won two Maryland Interscholastic Athletic Association B Conference titles and a Baltimore Catholic League title. He coached a host of Division I prospects at Towson Catholic, including Donte' Greene, who played at Syracuse before getting drafted by the Memphis Grizzlies in 2008.

Following the closing of Towson Catholic, Pratt returned to Pallotti and was the head girls coach for four years before taking the Chesapeake Science Point job in 2013. He moved on to Chesapeake for a year before taking over at Huntingtown.

Glick is in his 10th year at Gwynn Park and has gone 175-73 with four region titles and an appearance in the state final. He has a 457-210 overall record as a head coach. 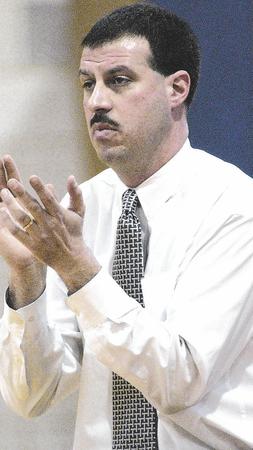 While Glick's resume speaks for itself, he is certainly proud of his two former assistants who will join him the next few days in quests for state titles.

"The job that Pete has done at Meade has been remarkable. I've never been more proud of any of my assistants," Glick said. "Josh is a phenomenal coach and he's rebuilt more than one program. We knew he was walking into a very good situation with a lot of support. I'm just so proud of Josh and it does not surprise me at all what he's done."

The three coaches brought their team together for a scrimmage prior to the season. With victories in their semifinals, they would play consecutively in their respective state finals on Saturday.

"The circle is definitely intertwined, but it's a heck of a tree," Corriero said. "I'm sure Mike is very proud of his two former JV coaches. One is a state champion and the other is a region champ."

If all three teams — or even any of them — were to reach the ultimate goal of a state title, Glick will definitely text the other two wondering where to meet to celebrate.

"I'm really happy for Pete and Josh. They're both great coaches," Glick said. "If there was some way we could all get a state championship, that would be the memory of a lifetime."