Posted by Matt Kacal at Sep 3, 2011 5:00PM PDT ( 0 Comments )
more editing options
Played: 1999-2009
Number: 4
Position: Corner, slot receiver
David was on all of Strorm's championship teams. He played at an extremely high level for a decade and was a constant fixture on both sides of the ball.  Always calm, David was an great example to younger players. A knee injury in late 2009 ended David's flag football career. 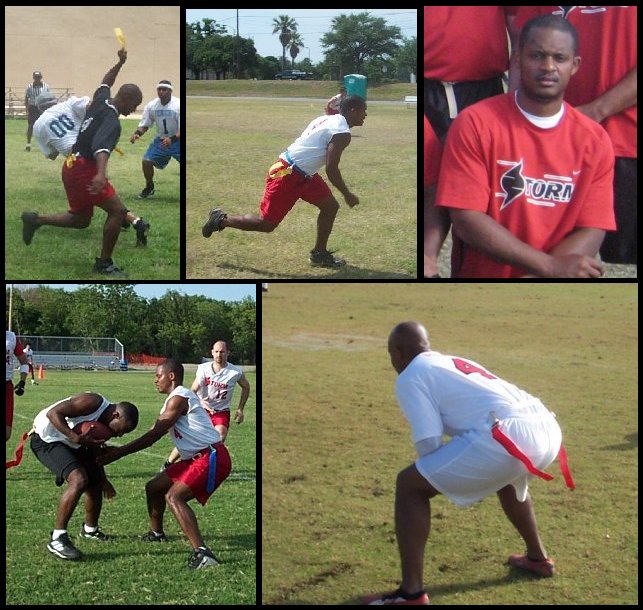 Posted by Matt Kacal at Sep 3, 2011 5:00PM PDT ( 0 Comments )
more editing options
Played: 2000-2005
Number: 25
Position: Throwback, linebacker
Matt played a big role in Storm's early success. He had a great arm and made a lot of big plays sending the ball downfield. On defense, he was dependable and rarely missed flags.

Posted by Matt Kacal at Oct 31, 2009 5:00PM PDT ( 0 Comments )
more editing options
Played: 2000-2008
Number: 23
Position: Linebacker, safety
Soft spoken and always calm, Brian was key menber of our defense for over 8 years and was an intergral part of five State Championship teams. Brian retired at the end of our 2008 season to focus on the demands of his career in the Houston Police Department and ever expanding family. 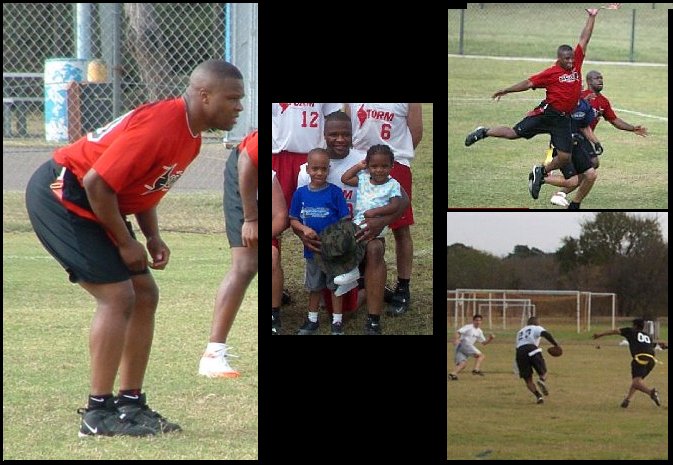 Posted by Matt Kacal at Apr 5, 2008 5:00PM PDT ( 0 Comments )
more editing options
Played: 2005-2008
Number: 6
Position: Linebacker, wide receiver
Paul played with Storm for three years before pinky and knee problems forced him to hang up his cleats in 2008. Although not flashy, Paul had great hands and was could always be relied on when it counted. 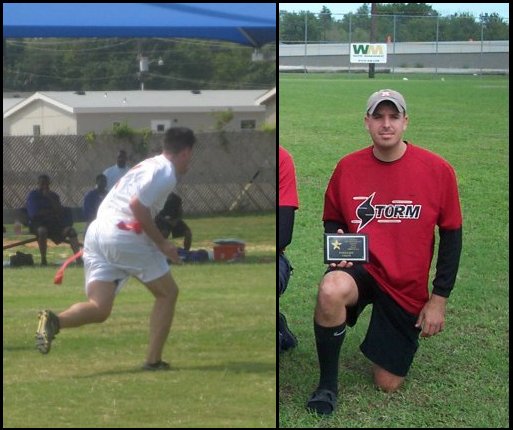 Posted by Matt Kacal at Apr 1, 2008 5:00PM PDT ( 0 Comments )
more editing options
Played: 2000-2007
Number: 3
Position: Rusher, linebacker, throwback
Robby joined Storm as our starting rusher and was on our first State Championship team in 2000. Over the years, he moved to throwback and linebacker. Robby had great hands and regularly came up with big plays, befuddling much younger players who tried to cover him without success. Robby retired at the end of 2007 after winning our fourth State Championship.