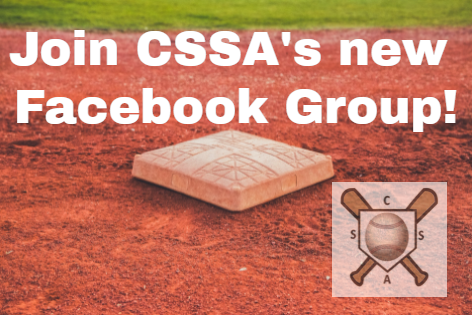 You know what they say… if you want something done, leave it to a busy person! Our very own Dick O’Connor, Director of the Lowell Larson League, venerable umpire, and member of the CSSA Board of Directors, brings you a new CSSA 2022 Spring Softball Facebook Group. He’ll be sharing player profiles, videos, events and more. There’s already a lot to see here. You’re all invited to join this new group and be fully engaged in this exciting season: https://www.facebook.com/groups/661779798448884

New CSSA Video: Warm up Those Muscles and Bring Some Heat to your Game! 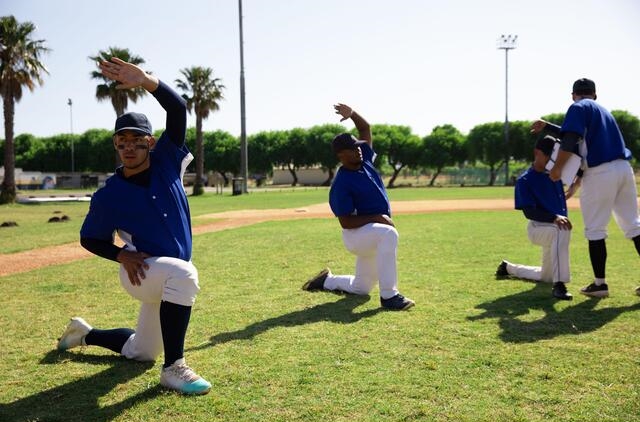 Welcome all returning and new players to CSSA’s 2022 Spring Softball Season! It has been a long, cold winter, and we are all excited to step into the sun and play ball. Whether it’s been a few months or a few decades since you’ve swung a bat, run the bases, or chased down a fly ball, you need to do a solid warmup and stretch routine before every game. A proper pregame warmup takes less than 15 minutes, and with CSSA’s exclusive video, you’ll have your pregame warmup and stretch routine done before you know it.
Avoid injuries—warm up and stretch like the MLB pros.
Check out the warmup video here: https://youtu.be/YnoV0tVpyWY

CSSA BOARD MEETING
February 7, 2022
The monthly meeting of the CSSA Board of Directors was held February 7, 2022, at Ralph’s Tavern/Zucca Pizza in Kennesaw, and called to order by Norm Thiem at 6:17 P.M.

A. Minutes of the January 12, 2022 meeting, having been emailed to all, were Board approved.
B. Treasurer/Financial Report, having been emailed to all, were Board approved.
C. 2022 Sponsors: Ray DeLuca submitted his sponsor letter which was recently mailed. Nearly half of our sponsors are player-sponsors, which is a good indicator of future sponsor longevity which is excellent for the league. Ray will continue to follow up on all sponsors for full payment, hopefully prior to season start.
D. Staffing Issues: After some dedicated work by Dick O’Connor and Anne Ryan, it appears that we have a sufficient number of umpires and scorekeepers for the 2022 season. Anne, who will serve as a “floater” scorekeeper, is working on building a pool of alternate scorekeepers as well.
E. Player Evaluation Days: Dates and times are set, and CRPA has accommodated CSSA’s requests for field and pavilion availability for all four days. Mike Parson and Mike Maguire have done extensive planning for the Evaluation Days to ensure an organized and streamlined process with less administrative difficulty during the draft. Two board members with laptops and hotspots will be needed at each evaluation day to register new players online. Team managers are requested to come sometime between 12-2 pm on either February 19th or 20th (weather permitting), so they can sit down with DeWayne Logan of Misfits Sports Apparel who will be on site at the evaluations to help managers design their team’s new sublimated jerseys for the 2022 season. If the first weekend is rained out, managers are requested to come on the 26th or 27th. Bob Werner has designed an advertisement in the Cherokee Ledger which will appear on February 9, 16th and 23rd. Lawn signs for evaluation days were distributed to all board members and will be placed throughout the area in the next few days. Business cards with the same information were also distributed to board members to make it easy to share this information with people we meet and build up our association with new players.
F. Norman Thiem distributed the New Player Orientation Packets to all members for review. The packets include Welcome Letter, FAQs, Board of Directors Contact List, Tips for New Players + Unusual Rules, and Navigation Guide for the TeamPages website. The Board approved the packet. All new players will be given a packet on evaluation day. Maria will also post a PDF copy of the document on the TeamPages website, so it is available for all players to view as well.
G. Proposal for Adoption of Changes to Rules of Play: After an extensive study of proposed rule changes was completed by the Rules Committee, it was proposed that changes be made to rules 1, 2, 14, 22 and 25, and that new players turning 49 before December 31, 2022 will be eligible to play in the 2022 season. The board discussed and approved the proposed changes. A vote of the Board of Directors will be undertaken to confirm the rule changes on February 15th, following the seven-day delayed vote requirement. Directly following the vote, if affirmative, the Rules of Play document on TeamPages will be revised and republished with the displayed revision date. The Board decided that the Rules of Play posted on the TeamPages website (after the aforementioned revisions are complete), will be the Rules of Play for the 2022 season and future seasons.
H. Phasing in New Sublimated Jerseys in 2022 Season: As decided previously, new sublimated jerseys for all teams in all leagues will be ordered from Misfit Sports Apparel. The cost per jersey is $22.00. Due to the large number required and production time required, jersey delivery will be phased in, league by league as soon as available. The newly merged American/National League teams will have priority because otherwise they would have no jerseys to start the season. Teams in other leagues will use previous year’s jerseys until their new jerseys are ready. Team Managers will design their team’s new jerseys, with approval of designs by League Directors. DeWayne Logan of Misfit Sports Apparel will have a jersey design station at Player Evaluations February 19th and 20th 12-2 p.m. at Hobgood Park. All team managers must come to the park on one of these days to meet with DeWayne to get their design confirmed. For all teams, the front of the jersey will have the Sponsor Name, the right sleeve will have the CSSA Logo, the left sleeve will have the sponsor logo if available, and the back of the jersey will have the player’s number and Misfit Sports Apparel logo above the player number. Colors and designs will be determined by team managers and approved by the league directors. At the end of each season, every jersey must be returned to the team manager, or players will be required to pay for a replacement.
The meeting adjourned at 8:25 P.M.
The next BOD meeting will be Monday, March 7, 2022 at 6:30 p.m. 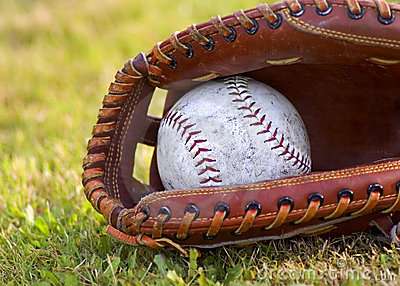 Spring ball season is approximately 5 weeks away for 2022 Cherokee Senior Softball. Evaluations will be held at Hobgood Park, (Corner of Bells Ferry Rd and Town Lake Parkway), Field #4, Woodstock, GA the last two weekends of February, 12 noon to 2pm each day. Evaluations are open to adults ages 49 and older – we even have some 89 yr olds still participating!!
With 8 leagues and approximately 38 teams, all evaluations are based on abilities and not ages.
Fees for a 10 week season are $50.00-Cash, Check, OR $55.00-Debit, Credit card.
If you know of anyone who would be interested in playing, please put the word out regarding new player evaluations. Even if they haven’t played for some years, all are welcome to join in.
Days of play at Hobgood are: Monday, Tuesday nights, Wednesday and Thursday night at Skip Wells Park off Bells Ferry Rd in Marietta. Players can be on several leagues if schedules permit.
Spring season will start the week of March 14, 2022 – weather permitting.
For more information, please call 770-757-8467 or email nthiem@aol.com.
In the event of weather conditions not being conducive, a notice will be posted on this webpage. 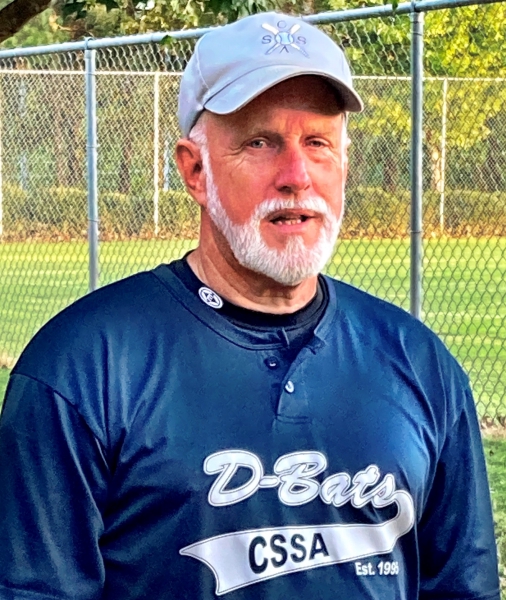