The Arnold Fowler Award
In 1997, the Board of Directors recognized that there was more to softball than batting averages, home runs and RBIs. It was decided that one player should be chosen, who demonstrates the qualities of sportsmanship, integrity, dedication, teamwork and other intangibles to the highest degree. The Arnold Fowler Award is the most special award issued through the CSSA, because the winning player is chosen by his or her peers.

If you would like to nominate someone for this award, please do so by submitting a written detailed reason as to why you think this person deserves this prestigious award. Please include your name and phone number
Address your nominations to Ray DeLuca via email Djray351@aol.com or postal service: 105 Rock Creek Drive, Canton, GA 30114 (770) 355-3911

Nominations must be received NO LATER than October 7, 2022. Past winners of this award are not eligible. To view the list of previous recipients, click here: https://www.teampages.com/organizations/2042/pages/85742 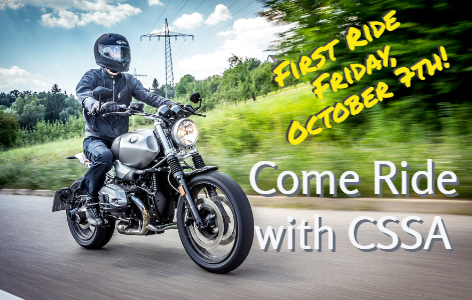 First Ride Friday, October 7th!
We will meet at Hobgood Park at 9:30 a.m., and after a safety briefing, it’s kickstands up as we head for Dahlonega and Dawsonville where we’ll have lunch at the Dawsonville Pool Room http://www.dawsonvillepoolroom.com/
Call Jerry King if you’d like to join us! (404) 317-9199 or email Jerry at coolbreaze@bellsouth.net

A. Minutes of the July 5, 2022 meeting, having been emailed to all, were Board approved.
B. 2022 Sponsors: Two sponsors still have not paid, which leaves us with team jerseys with those company names on them. Rather than reprint jerseys and rename teams at this late date, it was decided that the fees would come out of our charity fund and new sponsors and new jerseys would replace them in the 2023 season. A new sponsor, “Refreshment Works,” has signed on for the Skip Wells league.
C. Treasurer/Financial Report: Dan Bonham reported that the online payment portal he set up at www.cssasoftbal.org for player fees, is working very well. As of the time of the meeting, 159 players had used the payment system successfully. The goal is for 75-80% of players to use the system, to reduce the need for on-site fee collection at the first games. Checks and cash will still be accepted if presented. All players are required to pay their fees before their first game.
D. Evaluations Review: The fall 2022 player evaluation sessions and draft went smoothly and every player who tried out was placed on a team. There are still a few openings left, and a few potential new players have inquired about playing since the draft ended.
E. Jerseys for New Players: League Directors need to collect orders for any new player jerseys from their team managers and turn them in to Norman Thiem ASAP, as jerseys are subject to minimum order quantities, and he will be placing a bulk order in the next week or two.
F. Code of Conduct: A hard copy of the Code of Conduct has been/will be distributed to all new and returning players, to remind them that any conduct infractions will be handled promptly per written policy if/when they arise in game settings.
G. Balls: Norman Thiem reported on how the current shortage of good quality softballs will affect the season. New balls for the fall season in the brand we have been using were ordered in April, but the estimated delivery date was changed by the supplier to October 24, 2022. Prices have also risen substantially, thus the $5.00 increase in player fees for the fall 2022 season. The decision was made to test some alternate balls with a good rating, which were available immediately, but they did not perform as well as hoped. Norman was able to source only 14 dozen of the original brand by ordering available quantities from multiple sources, so some leagues will be starting the season with the alternate balls. In order to stretch the stock we have for as long as we can, the umpire will be provided two new balls and two used balls at the start of each game, and used balls will be substituted if a new one gets hit out or damaged.
H. Home Plate Mats: A comprehensive home plate mat (12 foot x 6 foot) that has integrated right- and left-handed batters boxes has been purchased and will be used in the fall season on field #3 to see how it works, and work out the process of placing and removing it on game days/nights.
I. Edwin Pickering’s Passing: At Ray DeLuca’s suggestion, a motion was introduced to purchase, with CSSA charity funds, an urn for Edwin Pickering’s ashes. The motion was voted upon and passed by the Board.
J. Steve Fleming Joins the Board: The Board discussed the fact that pickup games are a CSSA activity, and those coordinating pickup games should be protected by the organization’s directors and officers liability insurance. As Steve Fleming coordinates pickup games, a motion was introduced to elect him as a new member of the board. His role will be as board liaison for pickup games. The motion was voted upon and passed by the board. The BOD now has 15 members. Steve will have any pickup game players not associated with CSSA, sign a copy of the waiver form before playing, and keep them on file.
K. Concussion Protocol: A draft of the final concussion protocol will be emailed to all members of the board for comments/approval. Once consensus has been reached on the document, a vote will be taken via email. The protocol will be posted on TeamPages, emailed to all CSSA players, and copies will be provided to Anne Ryan for inclusion in the scorekeepers books to be available at each game. Managers are requested to strongly encourage players (especially infielders) to wear face protection. 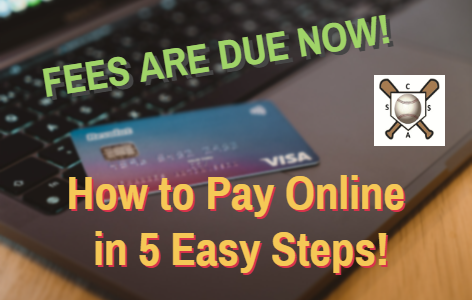 THE FALL 2022 SEASON IS HERE!
It’s time to pay your fees! This year, we’ve set up a new website to make it easier than ever to pay online with your credit or debit card. Just click on the attached PDF document below this text to learn the easy steps to pay your fees. Then go to http://WWW.CSSASOFTBALL.ORG and pay for all leagues you’re participating in, with just a few keystrokes! 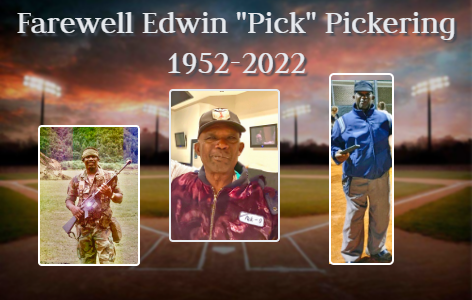 A few days ago, the CSSA lost a good friend when Edwin “Pick” Pickering passed away after a brief illness at the age of 70. A long time CSSA umpire and a 9th degree blackbelt in Karate, Edwin was also a nationally-ranked ASA elite-level umpire, and officiated many other sports as well. Pick was born and raised in the Virgin Islands, and served 24 years as a United States Army Ranger, with multiple tours of duty. He is survived by his family, and Pick will always be remembered for his great sense of humor, ready smile, friendly exchanges with fans and players, and devotion to the game of softball. We know you’ll be watching over us, Pick, as we kick off our 2022 fall season at Hobgood Park and Skip Wells. Rest in peace, Blue.