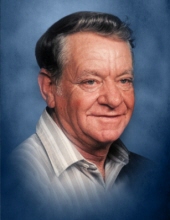 Unfortunately, CSSA has lost another of its early and long-time players this past week. Per Pat Hill, Henry was often at the park playing on several league teams within the season as a left-handed pitcher. Henry served in the Army, enjoyed fishing, base and softball, and the Braves. He is survived by his wife Tammy, three children, and many grand and great-great grandchildren.
Visitation will be held Saturday, January 2, 2021 from 11am to 1pm at Sosebee Funeral Home, 191 Jarvis St., Canton, GA, with graveside services at 1:30 at Macedonia Memorial Park Cemetery. As with current CDC specifications, masks are required to attend.
In lieu of flowers Henry’s family asked donations be made to Cherokee County Animal Shelter, 1015 Univenter Rd, Canton, GA or www.cherokeega-animals.org

Absent: Donny Adams
A. Minutes were read, and approved.
B. Golf tournament was discussed and remind everyone that it begins at 12:00PM on 11-11-2020.
C. Discussed the idea of opening a second account to be separate from the main account. This would be used to hold money that will mainly be used for charity expenses. After some discussion a vote was take. The vote did not pass.
D. After vote totals were given for the Arnold Fowler Award, it was announced that this year’s recipient of the award is: Mike Parson
E. A new award was discussed & instituted called the Founders Award. The winner(s) of the 1st Founders Award: Jerry King & Bill King. They have been with the CSSA since the beginning, 25 years ago. Congratulations!!!
F. At this time the Lowell Lawson Award has not been decided. It will be reviewed and discussed by the BOD over the next few weeks.
G. The Arnold Fowler, Lowell Lawson and Founders Awards will be presented to the winners at the beginning of the 2021 season.
H. Championship shirts for the fall season need to be ordered. Winning coaches need to have sizes turned into Norm by Monday 11-9-2020. Shirts will be given to the coaches as soon as they are received from the printer for distribution.
I. Champion managers must also select the MVP from their team, and return the results into Norm by 11-9-2020. These awards will be presented at the beginning of the 2021 season.
J. Discussed the possibility of having a winter league. The BOD feel it is necessary to conduct more study before a decision is made. Games would take place in the afternoon. There would be NO morning or evening games.
K. The CRPA has set the season for the CSSA to begin on March 8, 2021. League games will actually begin on March 15, 2021 and be over by the end of June.
L. Evaluations for the Spring Season will be conducted on:
1. February 20 & 21
2. February 27 & 28
M. It has been determined by the BOD that bat warmers will NOT be considered illegal. Due to natural temperature changes, during the season from cold to hot and hot to cold, no one should be penalized for protecting their equipment. A final vote was conducted on the issue and passed.
N. The board discussed the issue of picking up a pitcher if a team is short players, and the normal pitcher and/or his backup is not available. This will be discussed and finalized at the next meeting
O. The next meeting is scheduled for 6:30 PM on 12-7-2020, at Gameday Grill.
Meeting ended at 8:30 PM.

Everyone….I have been notified that due to the time changes of early November, the Check in time and Registration will begin at 10:30 with Tee off at 12:00 Noon. Sorry for the late notice of changes.

Tomorrow will be the Fall Charity Golf Tournament to be held at Towne Lake Hill Golf with Tee Off at 12:00pm and Registration starting at 10:30am. There are no storms in the forecast this week so all should go as planned. If there is anyone who wishes to play – even at this late date – please contact Tom Cameron at 404-918-0500 or Norm Thiem at 770-757-8467. Ray DeLuca will be collecting unwrapped toys for donations to Toys for Tots also. Please help to make a child’s Christmas a bit happier with your donations. Thank you.

Due to thunderstorms forecast for this afternoon (Wed Nov 11), we are postponing the Tournament until Wednesday November 18, 2020. More details to follow as soon as available.
Thank you to all participants signed up for today and hope to see all – plus any others who want to join in – next Wednesday the 18th.