hide
hide
No announcements have been posted yet for Girls Basketball. 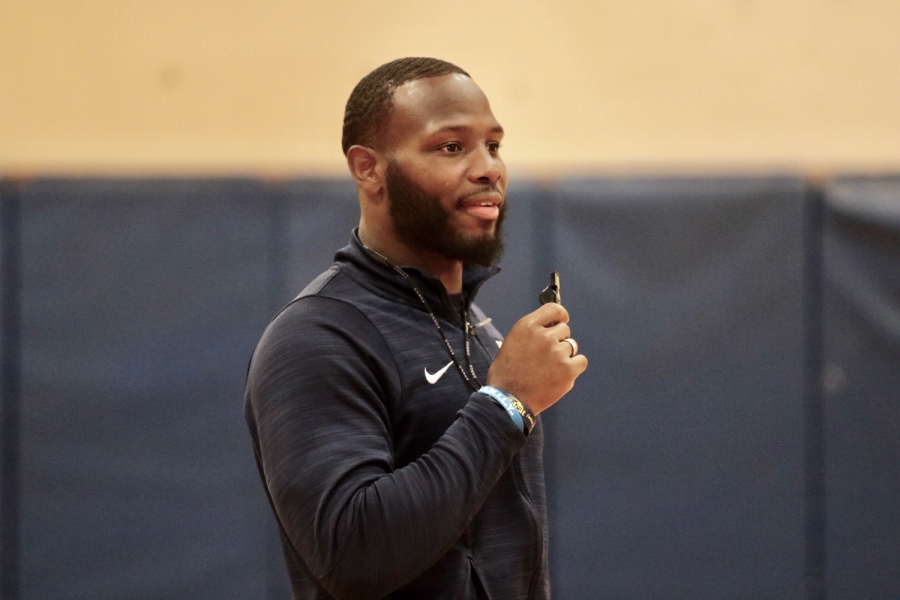 Coach Williams has served as the defensive coordinator for the school’s Wildcat football program, as well as a secondary physical education and health teacher, since August 2014. In 2018, he also assumed lead responsibility for the strength and conditioning program that serves all in-season student-athletes. In addition, Coach Williams has also worked with the varsity and junior varsity girls basketball and middle school boys basketball teams during his time at WCS.

“The Wildcat football program has been blessed by the Christ-like leadership of several men throughout its 20-year history, and, on behalf of all Wildcat fans, I want to thank Mark Krimm for leading our football program as head coach for the past five seasons,” White said. “I am excited about the possibilities for our student-athletes individually and the football program as a whole as Coach Williams takes up the mantle and builds upon that ‘firm foundation’ moving forward.”

Prior to coming to WCS in August 2014, Williams was a pre-kindergarten teacher at Yellowstone Academy for four years, where he also served as head coach for the middle school boys basketball team. He has also worked as a sports performance coach for Parisi Speed School and Velocity Sports and Performance, and he has evaluated football talent around the Houston area as an assistant coach with Nike Football’s “The Opening” in Houston.

Coach Williams was awarded the WCS Upper School Teacher of the Nine Weeks award in October 2018, and he was the Yellowstone Academy Coach of the Year in 2012.

Williams holds a Bachelor of Arts in Family and Consumer Science from Southern University and A&M College, where he was captain of the football team and a three-time All-Southwestern Athletic Conference (SWAC) defensive back, and a Master of Arts in Education in curriculum and instruction from Ashford University.

Coach Williams and his wife Brandy Williams have three children, a son and two daughters. 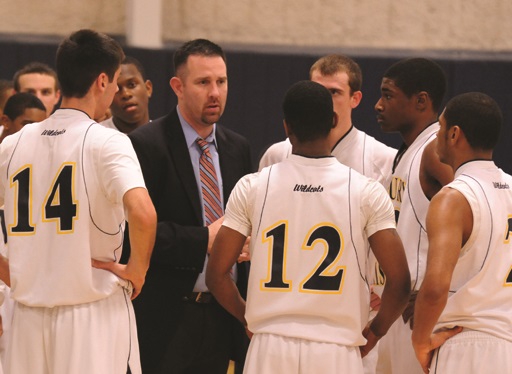 Carr – a former Texas Association of Private and Parochial Schools (TAPPS) Coach of the Year – previously served as the WCS athletic director from 2006-2012, as well as head boys basketball coach from 2006-2013. Prior to assuming the role of athletic director and head coaching responsibilities for the Wildcat boys basketball team, Carr’s first coaching position was as the girls basketball head coach at WCS from 2001-2006. His basketball teams at WCS appeared consistently in the TAPPS State Final Four in the school’s enrollment-based classification between 2001-2013, with the girls winning the title in 2001-2002 and the boys taking the top spot in 2008-2009, 2009-2010, and 2012-2013.

Unlike in his past role as athletic director, Carr will not have coaching responsibility for any of the 14 varsity sports programs at WCS. He will work instead with all WCS coaches and student-athletes to set the tone and goals for the school’s athletic activities, along with overseeing other day-to-day administrative responsibilities for the athletic department.

“As a strong Christian who lives out his faith and a coach with a wealth of experience, Russell Carr is well-equipped to inspire our coaches and student-athletes to excellence, which we strive toward in everything we do at Westbury Christian,” said Michael D. White, head of school. “I am excited that the Carr family is coming back ‘home’ to help us enhance the impact we have among our school community, and beyond, for the Kingdom of God.”

Carr holds a Bachelor of Science in criminal justice from Faulkner University in Montgomery, Ala., and he has taught Algebra and history courses in addition to his coaching roles in the past. He and his wife Shara have three children, a daughter and two sons.

Come out to MEET THE WILDCATS 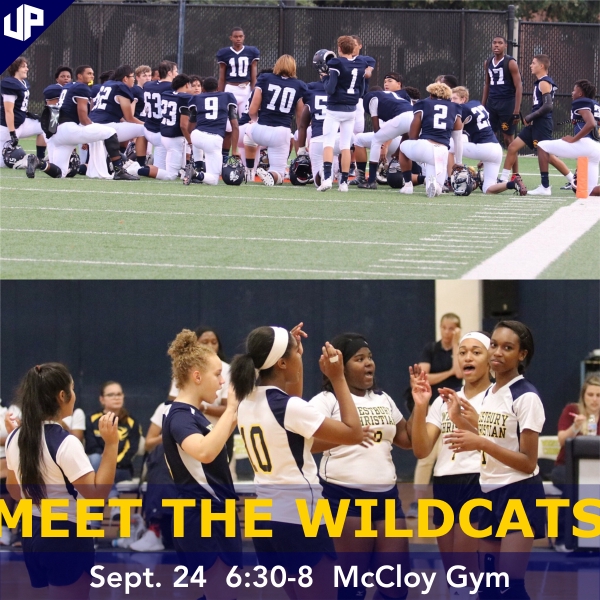 Don’t miss MEET THE WILDCATS! This Monday, September 24th, the Band will be playing, the Cheerleaders will be cheering as we celebrate and get valuable information about athletics at WCS. It’s a great year to kick off the new school year. After the “rally” there will be a parents session covering athlete safety, the culture and community of of Wildcat athletics, followed by some Q&A. The athletes will have 3 breakout sessions of their own that will aid them in having a great experience as a Wildcat. To make it easier, you can even purchase Chicfila and tailgate starting at 5:30. 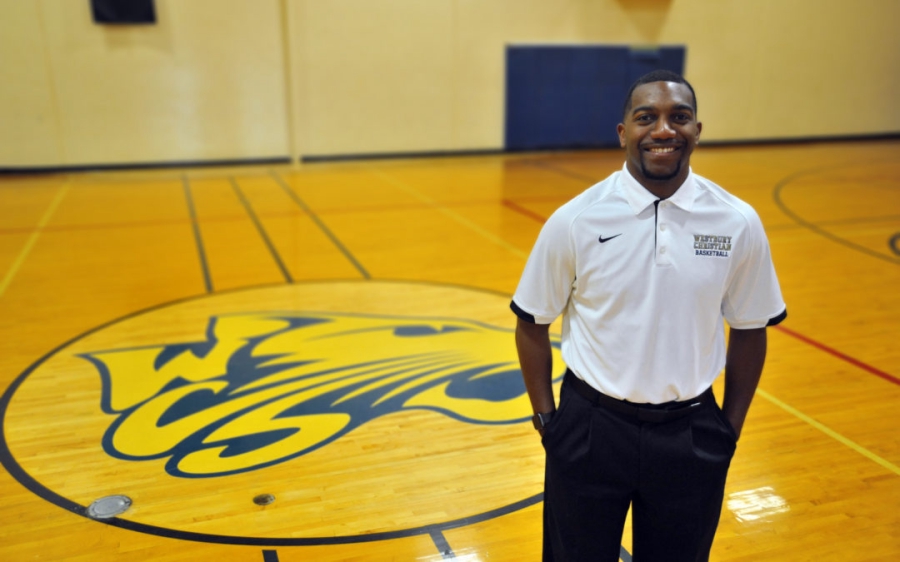 Westbury Christian Head of School Michael D. White has announced that Tyler Guidry, a 2011 WCS alumnus, will be the next head coach of the school’s Wildcat boys basketball program.

Guidry was most recently the assistant men’s basketball coach at Wiley College, which also has the Wildcats as its mascot, where he helped the team achieve a 20-9 record last season. Before that, he was a graduate assistant and assistant coach for two seasons for the men’s basketball team at the University of St. Thomas, which earned a Red River Athletic Conference (RRAC) Tournament berth and had a RRAC Freshman of the Year during his time with the Celts.

Guidry is also an active head coach with the Houston Hoopstars AAU program and has coached middle school boys basketball and worked with the Wildcat Sports Academy summer basketball camp at WCS in the past.

As a student-athlete, Guidry was a member of the Southwestern Assemblies of God University Lions team that won the RRAC title in 2013, and he played in two of the WCS Wildcats’ 21 TAPPS state championship-winning seasons, in 2009 and 2010.

“Tyler is mature beyond his years as a basketball coach and a leader of young men,” said Mark Krimm, Westbury Christian athletic director. “He is anchored in our rich basketball tradition — with a love for the game, and for WCS — and has a vision to lead the program into a new era.”

Guidry has a Bachelor of Science in business from Southwestern Assemblies of God University and an MBA from the University of St. Thomas. 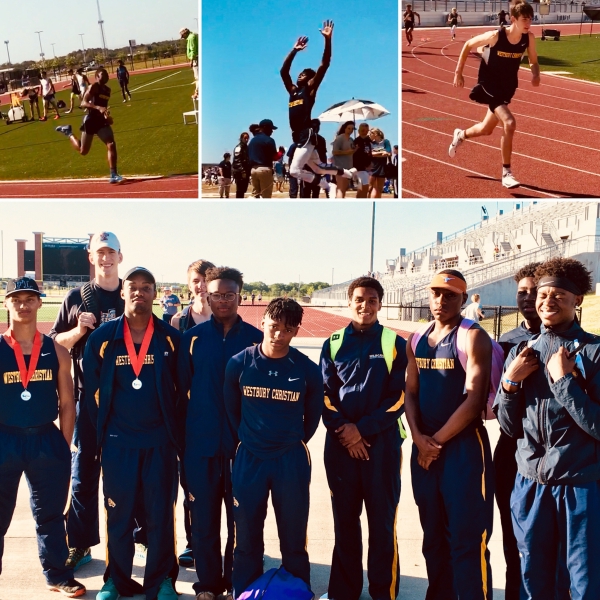 Led by two 4th place finishes (110 & 300 Hurdles) by Jayvon Hill, the Wildcat Boys Track & Field team finished 10th as a team at the TAPPS State Meet in Waco. Here’s how the rest of the team faired: