hide
hide
No announcements have been posted yet for The Original Plumber.

Spring season is just around the corner!!! CSSA will hold their tryouts and evaluations on Sat Feb 8, Sun Feb 9, Sat Feb 15 and Sun Feb 16, 2020 starting at 12:00pm each day until 2:00pm at our home park – Hobgood Park, Woodstock, GA, located at the Corner of Bells Ferry Road and Towne Lake Parkway with evaluations being held on Field #4. If you know of anyone who is, or would be interested in joining CSSA, please encourage, call or notify them to come to these evaluations. There is never a dull moment with CSSA play!!
Player eligibility is for those men age 49 through even mid 80’s, and is based on skill levels – not ages as with some leagues. CSSA offers 8 league levels playing Monday and Wednesday mornings, Tuesday, Wednesday and Thursday nights.
Currently we have 40 teams with approximately 400 members some of which play on multiple teams during the week. Come out and join us for fun, exercise and comradery of the finest.
League play begins week of March 23, 2020 for 10 weeks – weather permitting.
In the event of Feb inclement weather, please check website for rescheduling information.
For questions or other information requests, please contact Norm Thiem at nthiem@aol.com or call 770-757-8467. 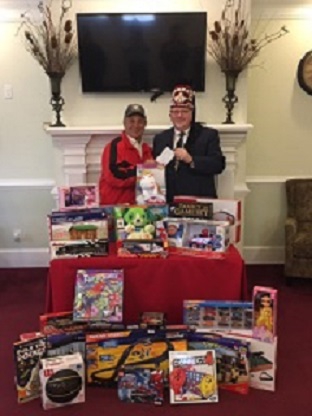