Tuesday August 8 2017 all fields to wet for practice.

Monday August 7 2017 all fields to wet for practice.

June 27 2017 CSSA BOARD OF DIRECTORS MEETING

CSSA BOARD OF DIRECTORE MEETING
June 27, 2017
Present: Dewey Hom, Bob Hammond, Warren Butler, Ken Taylor, Mike Parson, Randy Bergman, John Humeston, Ray Deluca, Lee Molway, Don DiSalvo, Tim Dunagan, Scott Trevathan, Bob Werner
Absent: Scott Parrish
Dewey Hom calls meeting to order at 6:30pm
Topics Discussed:
• Evaluations – Will be held Tuesday, July 11th and Tuesday July 18th , 6pm at Hobgood Park. Managers – any late additions to roster last season must be evaluated for fall season. • Lessons learned – Dewey proposed going to a 10 game schedule next spring. Very difficult to get 12 game schedule in because of weather and CRPA tournaments. The 2 extra games were a bonus, we were only paying for 10. • Fall Season – Season will start on August 14th and finished by October 26th at the latest. • Rules changes – rules changes were discussed and Lee will send out any new proposals. All changes will be voted on at next board meeting in July. • Hats – Randy brought in some samples of hats. It was discussed whether we should buy some hats for upcoming season. It was also discussed about getting hats and selling them to the people that may want them. $5.00 a hat was mentioned with the league subsidizing the remaining cost. No decision was made. • Wednesday Legacy League Move – Randy has been getting information about a possible move to Skip Wells Park (formerly Bells Ferry) for the Legacy League due to rising costs at Hobgood on Wednesdays. After a lengthy discussion it was decided by all coaches and board members that it would be better to stay at Hobgood Park.
• New Thursday League – CSSA is exploring the idea of starting a new league on Thursday nights that would be open to all CSSA players. The idea was to start with 4 teams, with 12-13 players per team. Managers, please get with your teams and see if there is enough interest to go forward with this idea. There would also be a need for someone to be a league director. • Next Meeting – July 10th at 6:30 pm, R & M Hoagie Shop, Canton, GA. • Meeting adjourned. 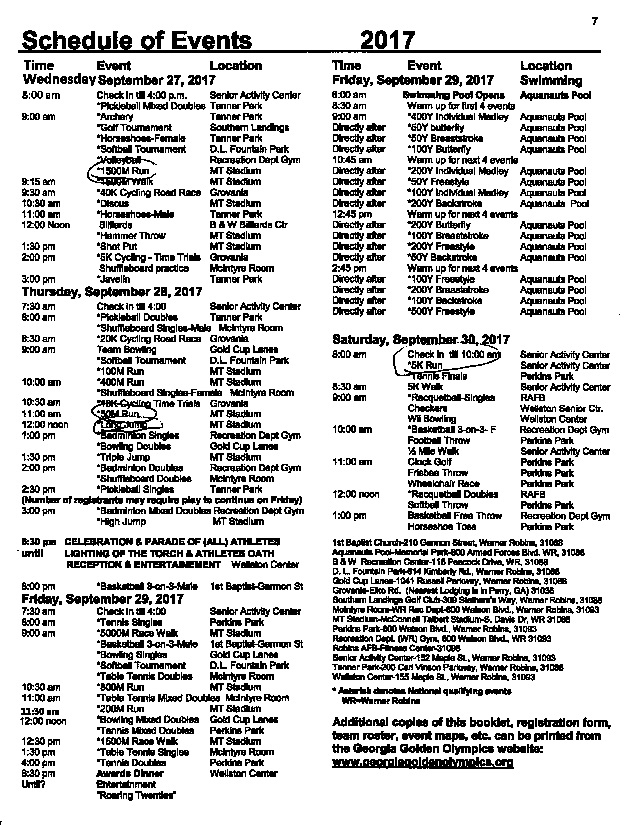