WHERE – Towne Lake Hills Golf Club – 1003 Town Lake Hills East, Woodstock, GA 30189.
TIME – Shotgun Start 1:00pm, Check-In & Practice begins 11:30am.
COST – $55.00 in Advance and $60.00 day of event. Includes Green fees, cart rental, range balls and tons of fun. Cash beverage cart available – not included in fees.
FORMAT – 4 person team, scramble.
PRIZES – Lowest Gross and Net Scores, Longest Drive – under 64 yrs and over 65 yrs, Closest to Pin.
Standard Course Rules apply – NO metal spikes; slacks, shorts fine but NO jeans; each player required to have own clubs but if need, rental clubs are available.
CONTACT – Tom Cameron if you wish to join us for what will be a great time. Do not have to be a CSSA member to participate – the more the merrier. Tom will be at the park during games if want to register then, or let any Director know. Tom’s number is 404-918-0500 or email him at: tom.cameron60@gmail.com with your name, number, email address, and if you have a team together, or be placed on a team.

A. Ricky Shoop, director of American League, has resigned his position. Dewey Hom has taken over the position and will remain director until the fall elections.

B. Minutes from the 3-4-2019, meeting were discussed. There were a few minor corrections to be made. After corrections were made the BOD approved the minutes for publication.

C. With today (3-25-19) being the start of the 2019 season, we begin our 25th year as the CSSA. The first season began in 1994 with just a handful of people, and has grown significantly over the years. Congratulations to EVERONE, past and present, for being a part of this organization.

D. Financial Plan and Options were read by the BOD & discussed. The plans include current fees being paid by sponsors and players, a golf tournament and various other means of obtaining funds. It also pointed out expenses to be made throughout the year. It was agreed upon by the BOD that the plans and future options appear to be greater than the normal intake of fees and some less expenses. If everything goes according to plan, there may be a surplus at the end of the year that may go back to the players in some manner.

E. The Facebook page for the CSSA is up and running. It was agreed that we will try to add a donation page to benefit those members of the CSSA that are in some type of financial need. Please be supportive of this page and ‘LIKE’ so it may be passed on to others.

F. Sidelines Grill has set up a program that will give back to the CSSA 20% of their proceeds, of gross sales, on Tuesday nights for all players that visit and purchase food & beverages. Players will just need to notify their server that they play for a team in the CSSA. This is a program that is greatly appreciated by the BOD, and benefits the players and the league.

G. The Legends League has been renamed Hathaway League. The change is being made because Hathaway Insurance has stepped up and become one of our 2 major sponsors along with Cornerstone Financial Planners. A BIG Thank You goes to Hathaway Ins. for this sponsorship.

H. Bats will be tested on Tuesday, 3-26-19 and again on 4-2-19 for the National League. New approval stickers will be placed on each bat, and they must be present on the bat when entering the batter’s box. The BOD will continue to have bats checked after a home run has been hit, or a player was injured from a hard hit ball. Under the umpire(s) discretion, for the American, Masters and Cornerstone Leagues, bats will be tested. We remind ALL players… If a bat has been altered in ANY way, then that player will be removed from the game and may face up to a 1 year suspension.

I. The league is still looking for someone to step forward and take over as Treasurer for the CSSA. Anyone wishing to do so may contact any board member to volunteer for this position.

J. The Awards Banquet is scheduled to take place on Thursday, November 14, 2019. A banquet location and/or catering business has not yet been determined. Ray DeLuca has been placed in charge of getting bids for the event. Remember, this will be the 25th Anniversary of the CSSA, and we encourage all players along with their significant other to attend.

K. Next scheduled meeting for the CSSA, BOD is 6:30 PM, April 29, 2019, at Gameday Grill in Woodstock. Please note, monthly BOD meetings have been changed to the 4th Monday of each month instead of the 1st Monday. This is in order to accommodate the entire BOD, and to lock in a location (Gameday) without interference. 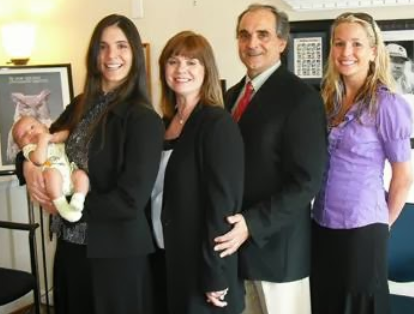 We would like to Welcome Mike Moribaldi to CSSA’s list of Sponsors for the Spring 2019 Season. Information for his practice is shown below….glad we have him available in the event one of us needs an adjustment or can utilize his other services…
Dr Moribaldi, known as Dr Mike to all, opened Centennial Chiropractic & Spinal Decompression Center during the 1996 Atlanta Olympics and located at 4343 Shallowford Road Suite B6, Marietta, GA. For nearly 23 years, he has been serving the East Cobb and Woodstock area. As a graduate of Life College, he maintains a practice philosophy of being family owned and strives to maintain a family friendly atmosphere to this day. As he says, “Chiropractic care is more than just making the pain disappear, it is about learning, understanding and taking care of your body to improve your quality of life.”
Dr Mike’s goal is to do more than just adjust your spinal issues, he looks at the total overall health of his patients, specializing not only with back, neck, shoulder, hip adjustments, shoulder injuries and elbow pain, but also addressing health/nutrition, pediatric adjustments, carpal tunnel syndrome and even sinus conditions. Other services offered are therapeutic exercise, injury treatment, X-rays and Standard Process Whole Food Supplements sold only through medical professionals.
He enjoys working with athletes of all ages and has been team chiropractor for both of Pope High School’s football and wrestling teams. Now, he is playing on Hobgood fields with CSSA.
To find out more regarding Dr Mike, see his website and/or Facebook page, stop by the office or give his office a call at 770-649-1730. He is ready to help you and your family with health, wellness needs and concerns. His website is: http://centennialchiropractic.net and can be reached at: drmike@ccbewell.com. Cell number 770-331-0952.
All forms of payments are accepted and accepts most major insurance plans including Medicare.

Tryouts at Hobgood Park today have been cancelled due to inclement weather. Someone will be at the park for those who don’t see this note to take their information and will be advised of next week’s time and place.
Thank you..