hide
hide
No announcements have been posted yet for Eagles. 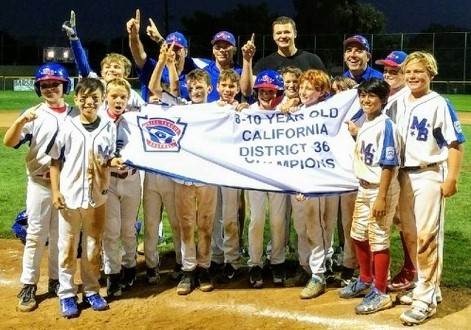 On July 7, The MBLL 8-10 All-Star team defeated Palos Verdes to cap a 5-0 run and take the District 36 Championship. The team will represent the District at the Section 4 tournament, with their first game on Saturday, July 15 at 3pm at Ladera Little League (5401 S. Fairfax Ave., Los Angeles, CA 90056).

Read a story here by the Positive Coaching Alliance (PCA), with whom MBLL has partnered for several years, about the 8-10 All-Star team.