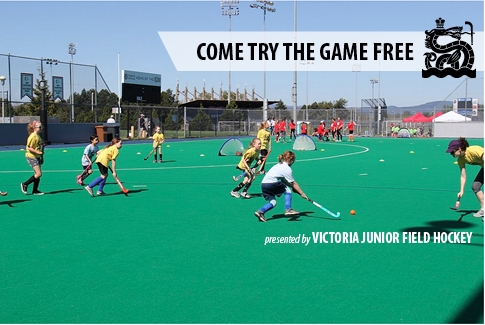 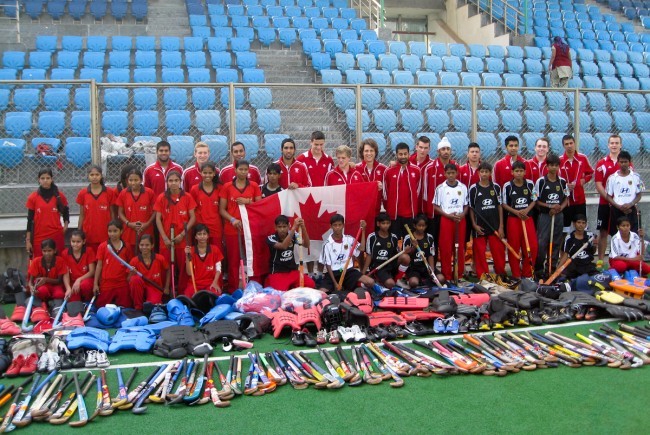 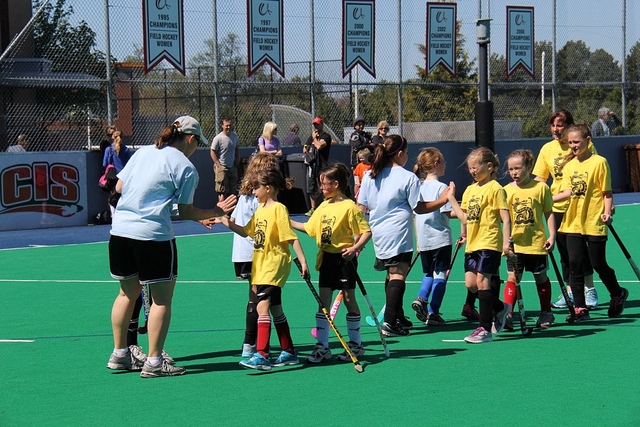 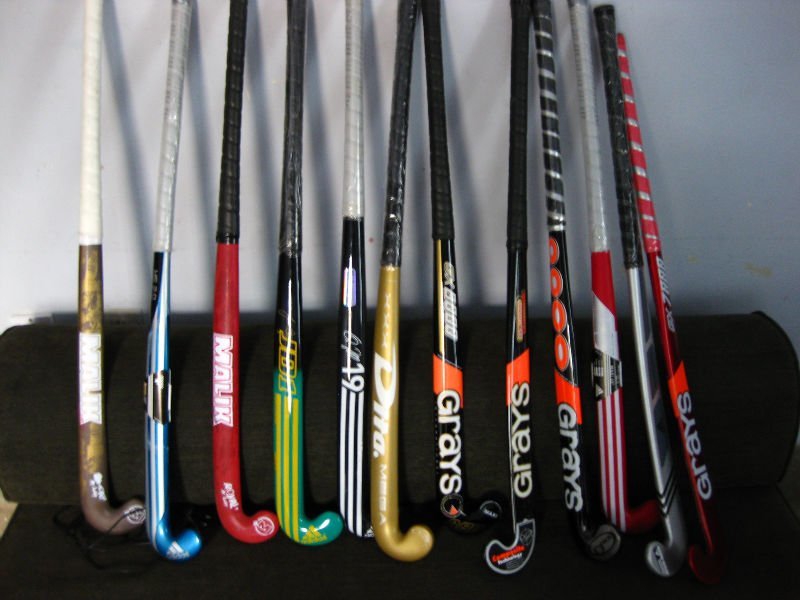 In December, the Canadian men’s junior national team will be heading to New Delhi, India for the 2013 Junior World Cup. The team is reaching out to the field hockey community to donate field hockey sticks, balls, shoes, shin pads and anything else that can be used by kids in India to start programs for those who are unable to afford it.

If anyone has any equipment they would like to donate please drop it off at 3341 Woodburn Avenue (Henderson area). Alternatively, Alison Hastings, manager of Lynx 3, will be at the UVic Turf from 10:30-12:30pm on Saturday, Nov. 16 to collect equipment. 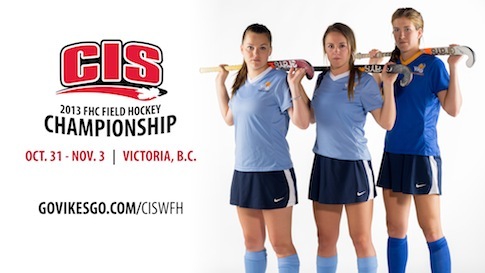 VICTORIA – Top-level competition returns to the island as the University of Victoria Vikes host the 2013 CIS / FHC women’s field hockey championship on Oct. 31 to Nov. 3 at the UVic field hockey pitch. The four-team tournament will pit the Canada West’s top-two, UBC and UVic, against the OUA top two. Final seeding will be determined over the next couple of weeks despite the Vikes and T-Birds already qualifying.

In addition to the CIS Championship the Vikes will be hosting a number of events including an alumni and friends celebration event that includes a dinner to celebrate Vikes head coach Lynne Beecroft’s 30th season. The alumni event is extended to the entire day of Nov. 2 that begins with a fun, alumni and friends game in the morning and ends with watching the current Vikes squad compete at 1 p.m. and a celebration and fundraiser dinner at 6:30 p.m. at Uplands Golf Course. Tickets are $80 and can be purchased online at govikesgo.com/CISWFH . All family, friends and alumni are welcome to purchase tickets. Included in the cost is a t-shirt, dinner and a week-long pass to the 2013 CIS Championship.

The Vikes women’s field hockey team are also working in conjunction with 100.3 The Q and the TLC Fund for Kids to host a one-session field hockey camp for boys and girls on Oct. 25. The day is a pro-d day for many of Victoria’s youth and for $25 (proceeds go to the TLC Fund for Kids), the participants receive a t-shirt, 1.5 hours of skills and fun, lunch and a day pass to the Nov. 2 date of the CIS women’s field hockey championship. The TLC Fund for Kids is a not-for-profit organization of the CRD that dedicates energy towards helping children’s health, happiness and betterment of life. The camp is open to children ages 6-11 and registration is available online now at govikesgo.com/TLC