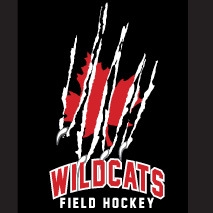 VICTORIA – The island has produced a number of national team and elite level field hockey players. That all starts right here, in Victoria, with several of those teams competing at home on a regular basis. For boys, girls, men, women – the action is at the University of Victoria field hockey pitch! For the women, the UVic Vikes women compete in the Canada West conference of the Canadian Interuniversity Sport and host both UBC and Calgary this year. The Vikes women along with the newly formed Kirby’s Island Wildcats will also play host to top competition from the Vancouver women’s premier league. Teams will travel from the mainland to compete against the Vikes and Wildcats, two new members to the premier division. For the men, the Victoria Selects and UVic Vikes are two long-time members of the men’s vancouver premier league who compete regularly both in Vancouver and Victoria!

If you are looking to watch some of the best hockey talent that the island has to offer right now, be sure to come out over the next two weeks. Here are the upcoming games for the premier teams:

The Umpire’s Association committee have been busy this summer!

We are hosting a series of two forums in the next two weeks. Both will happen at PISE (Pacific Institute for Sport Excellence) 4371 Interurban Rd, Saanich

Monday September 17th Umpire Forum – 6:30 to 8:00 pm – this will address umpire responsibilities and new rules from an umpire’s perspective.

Thursday September 20th Players Forum – 6:30 to 8:00 pm this will address captain’s responsibilities and new rules from a player’s perspective.

You can choose to go to either session but we would prefer to see the umpires on Monday. We will be delivering the new umpire jackets that we ordered this past spring at the umpire forum.

In order to help us make decisions about Island umpires and what they hope to achieve with their umpiring, we have created a survey. We hope that you will take the time to fill this out. Here is the link:

For those who have played in the Thursday Mixed Seven-Aside League in the past, things are improving this year. Andrew MacKinnon, Cara Jay, and I will be building on past seasons to improve the organization.
+ There will be paid umpires for each match! Not only does this mean we will not have to self-regulate, it also gives an opportunity for players to also umpire and earn back some of their player fees.
+ There will be goalies each and every week! We will endeavour to fill all four goals every week so that we can have some real hockey.
+ There will be mixed-sevens-specific rules! These will include gender equality regulations and short corner rules.
+ There will be online registration! This will ensure everyone has paid, registered, and insured. Please see the registration steps below.
Registration steps:
1) Go to http://www.victoriajuniorfieldhockey.ca/
2) Select ONLINE REGISTRATION on the left
3) Select Register Member
4) Select “Mixed 7-A-Side” division ($100.00)
5) Proceed with FHBC validation steps
5a) If you have a valid, paid-in-full FHBC ID, you can proceed to step 6
5b) If you are not yet registered with FHBC for 2012/13, follow the link to the FHBC site and register there. Once registered, re-validate your ID on our website and proceed to step 6
6) Complete payment through Victoria website.
We realize that the fees are slightly higher than in previous years. The increase is a result of decreasing numbers and the necessity to have paid umpires to reinvigorate the league. Let’s get out there and recruit new players. With more players, we will have better hockey with lower fees!
Exhibition games will run on Thursday, 20th at 8pm. Please register online now. All players must be registered by Monday, September 24th to be eligible to pay. League matches begin on September 27th. No exceptions will be made.
See you on the pitch!