hide
hide
No announcements have been posted yet for Orioles.

Sunday, May 21 is our annual Hilltoppers Little League Day trip to Petco Park.

The day will start with the pre-game parade on the field (see details below), with dozens of Hilltoppers players and coaches marching in their Padres uniforms. That will be followed by pre-game activities, which will include our very own Hilltopper Nate Heyer taking infield on the same field where the big boys will play.

Game time for the May 21 tilt against Arizona is 1:40 p.m., and we have 325 tickets for our players, coaches, families and friends. Tickets are going fast, so be sure to get your order into your team parent, who has an order form for your team. There will be a Kids Fest in the park before and during the game, and all kids can stick around and run the bases after the game.

Here is all the information that you and your teams need to know about our pre-game parade on Sunday, May 21st.  Please make sure that this information gets forwarded on to all participating teams.

Parade Starting Location: 7th Avenue between K Street and L Street. Participants will be staged outside the Western Metal Building and Padres representatives will be on hand for directions.  Participants will stage on 7thAvenue southbound towards Tony Gwynn Drive.  Please follow all traffic directions and cross the streets in designated crosswalks – 7th Avenue remains an active thoroughfare for vehicular traffic.

Parade Start Time:  12:05 p.m.  - Teams and coaches should start lining up beginning at 11:00a.m.  Participants must be in line no later than 11:45a.m. in order to participate in the parade.  Please note friends and family will be able to access the seating bowl starting at 11:45 a.m. from the Gaslamp and East Village Gates.

What to Wear: All participants (including coaches) should attend the parade dressed in their uniform tops and sneakers. (No cleats will be allowed on the warning track.)   Only uniformed players and coaches will be allowed to participate in the Parade.

League/Team Banners: Team and/or League banners can be presented during the parade. Banners cannot contain any corporate or sponsor logos and must be able to be folded away during the game. Poles to hold up the banner will not be allowed.

Parade Route:  The parade will start through the Western Metal Building breezeway entering the playing field at the Left Field foul pole. The parade will make its way down the Left Field Line, around home plate, up the Right Field line, exiting the playing field at the Right field foul pole. Participants will proceed up the East Ramp of Petco Park and exit the building through the Park Boulevard Gates at the near the corner of 10th Avenue and Park Boulevard. Participants must remain on the warning track at all times and will not be allowed onto the grass.

The parade will end outside the gates of Petco Park (10th Avenue).  Guest Services staff will be there to assist parade participants to the nearest available gates.   Participants with non-scanned tickets will be directed to public gates and those with previously scanned tickets will be directed to specific "Re-entry Gates".  Parents needing to reconnect with their children can arrange with their coaches a spot to reconnect with the team inside the park, or they may go to the Park Blvd. Re-entry Gate to receive a stamp and meet their children outside of the gate on 10th Avenue.

In order to get the large number of participants through the parade route in a timely manner, the Padres ask that coaches keep their team moving at all times. No pictures will be allowed to be taken during the parade.

Please Note:  Each parade participant should be in possession of their game ticket.  Everyone participating in the parade will need to show their ticket.  The parade will end outside the gates of Petco Park (Park Boulevard Gate). Once outside, the participants may enter any gate with a non-scanned ticket.  Coaches should be prepared to stay with their team and escort them to their seats or back to their parents after the parade.  The closest restrooms while in line for the parade are located inside of the Padres Team store.  You will need to have your ticket scanned in, and then exit the Gaslamp Gate where you can get a reentry stamp. From there you can rejoin your team and that stamp will allow you back into the game after the parade. 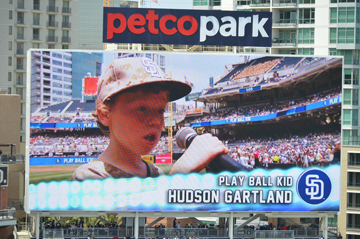 Team Banners Are A Hit Once Again

Posted by Mike Ruthenberg at Feb 15, 2005 4:00PM PST ( 0 Comments )
more editing options
Thank you all Managers and Team Parents for getting ALL of the banners in on time! Our team banners look terrific this year. All of our teams did a great job in designing and organizing this year, and you can hang them with pride at all of your games this season. Look for your team's banner when you arrive on Opening Day. Early in the morning, they will all be hanging along the fence nearest to the parking lot. Prior to our Opening Ceremonies at 9 a.m., they will be moved to the Padres field so each team can gather behind them. Once ceremonies are over, you can take your banner with you and share them with everyone at each game you play.
cancel

Come Find Out What Team You're On

It's finally here! Saturday, February 2 is the day all our kids find out which team they are on.

After seemingly months of signups, meetings, tryouts and waiting, all of our kids come to Cadman Park that day to meet their managers, see who their teammates are, get their new hats and learn about team activities and practices. It's time to start playing ball!

Because of weather concerns, we are splitting the day into two sessions.

We will set up in the Rec Center, unless we get miracle relief from the forecast of rain. Any parent who has yet to turn in their Parent Contract needs to do so on this day. You can download a copy of the contract in the "Handout" at the end of this article.

If you are unable to attend Team Assignment Day, your manager will contact you after Saturday's event, or you may contact our Player Agents: 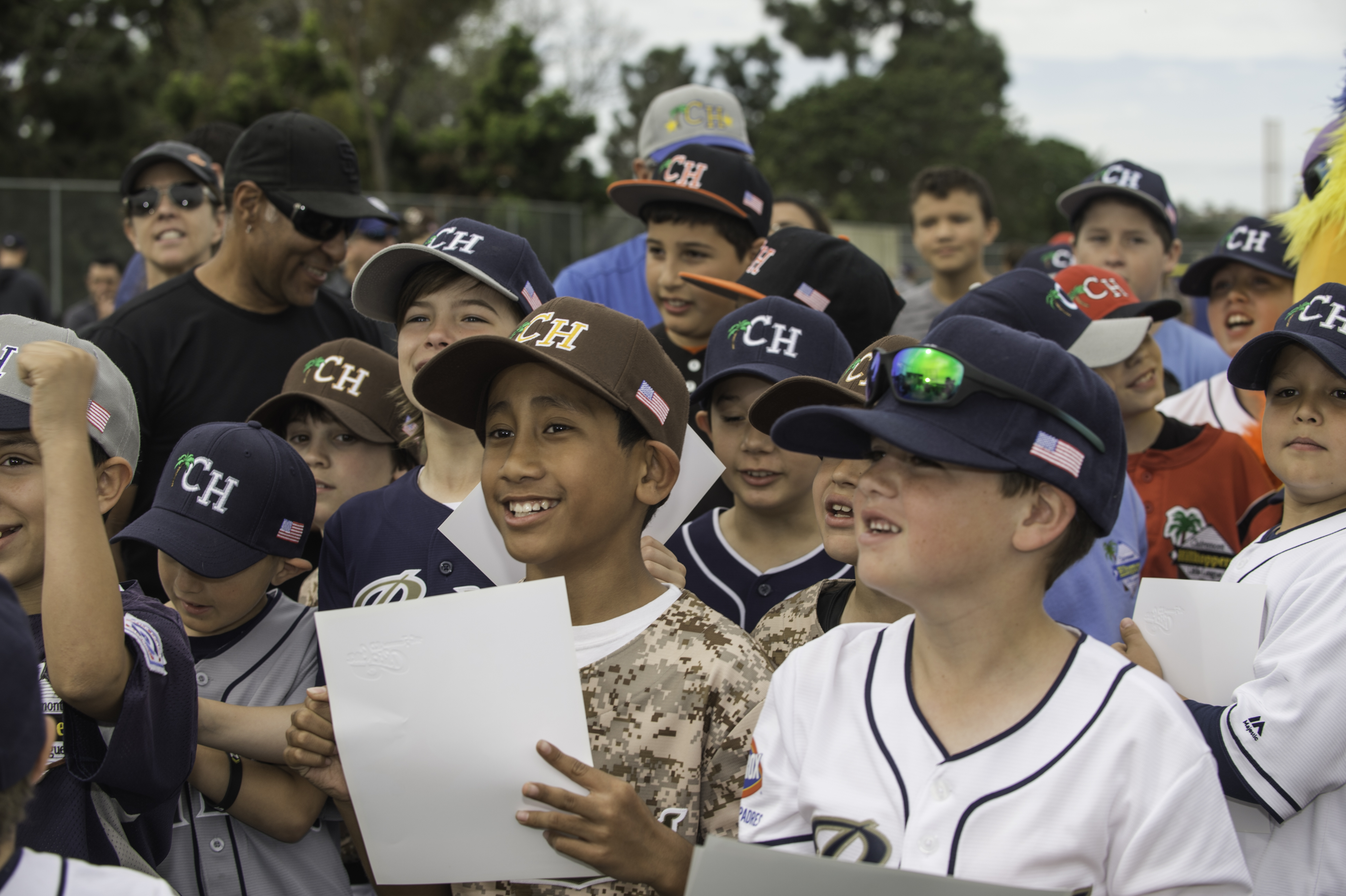 A meeting for managers of all Clairemont Hilltoppers Little League teams will be held this Saturday, January 31 at 9 a.m. at Sports Authority on Balboa Ave. (just east of I-805).

At the meeting, managers will receive field practice schedules, rule books, team rosters, hats, information on upcoming events, and instructions they will need for meeting with their players at Team Assignment Day that morning.

Please arrive early, so we can complete this meeting before players arrive at 10 a.m. 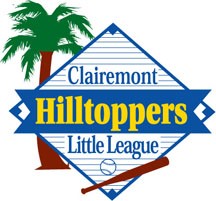