hide
hide
No announcements have been posted yet for Eye Q Optical. 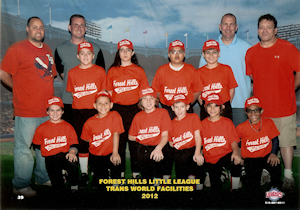 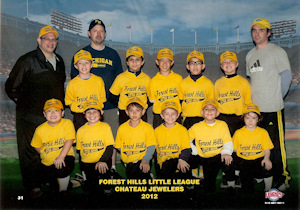 Posted by Michael Polikoff at Jun 6, 2004 5:00PM PDT ( 0 Comments )
more editing options
LITTLER LEAGUES By BILL SANDERSON June 7, 2004 -- Rosters for Little League boys baseball and girls softball are down 10 percent nationally in the last seven years - from a peak of 2.99 million in 1997 to 2.68 million last year. Coaches around New York blame everything from basketball to Nintendo. "Before, I had lines waiting to sign up. Now, we have to wait for them," said Manny Rodriguez, founder of the Felix Millan Little League on the Lower East Side. Jamaica Bay Little League in Broad Channel, Queens, has seen its number of teams drop from 32 to 27 in the last three years. "The kids are so busy doing so many other things, they just can't find the time," said Joel Miele, a coach with the team. Evan Spilke, whose son Danny plays in the Forest Hills Little League in Queens, said, "Computers and video games are destroying kids' society." Baseball remains a hit with the kids who play it. "There's stuff to do at home, like PlayStation2," said David Blessington, 11, a Forest Hills player. "But here, it's fun. You get outside." Yet one of Blessington's teammates admitted the lure of other sports. ...read more