hide
hide
No announcements have been posted yet for BA6 - DA Davidson.

The new dugouts at the Senior Field are in.  They are eight feet wide and 25-feet long to better accomodate both teams.  "The old dugouts were too small," said Kevin Hintt. "They were torn down this winter and replaced with a new support structure, metal roof, fencing and aluminum benches.

The new dugouts arrive at the same time as the new 50/70 program.  Kendal Mayer and Ken Devries have put in many hours making the new field multi-functional for both the 50/70 and Senior programs.

The 2013 Minors Spring Training Program has come to a close.  For two weeks, as many as 60 baseball players participated in skills building sessions that focused on player development before heading into individual team practices.  "The Minors Program was designed, developed and refined to fully develop players for this season and beyond," said Vice President of Minors Bill Mercer.

Mercer went on to explain the delicate balance between development and healthy competition.  "The key to the program is the dedication and contribution of the managers and their coaches," said Mercer.  Now, the six Minors Division teams move ahead into a regular practice schedule and on to the regular season. Good luck minors and have a great season.

From the Montana Standard- Butte, Montana

BUTTE -- Billings is headed back to San Bernardino.

The Boulder-Arrowhead All-Stars of Billings defeated Butte 12-5 on Sunday for a two-game sweep of their best-of-three state championship series for 11-12-year-old Little League baseball.

Last year the Big Sky All-Stars of Billings became the first team from Montana to win a regional and reach the World Series, and ended up advancing all the way to the U.S. championship game before losing to Huntington Beach, Calif.

Boulder-Arrowhead won Game 1 of the state championship series on Saturday. In Sunday’s win, Tyler Buckingham and Max Egan combined on a four-hitter. Egan also had three hits, while Buckingham and Ben Tallman had two hits apiece.

This year’s Northwest Regional begins Friday in San Bernardino and runs through Saturday, Aug. 11. The semifinals and championship are scheduled to be televised live on either ESPN or ESPN2.

U don't BALL until you T-Ball

T-ball at Boulder Arrowhead is an introduction to baseball for kids and is geared toward early development of baseball skills and having fun. “Coaching T-ball is really about trying to instill fundamentals and an ability to play and cooperate with others in a team sport,” said Scott Sears, Vice President of T-ball.  “It's about making it fun to be active and learn new skills.”

Every division in Little League Baseball has the same basic fundamentals, but there are some subtle differences.  In t-ball, the pitcher position is used for defensive purposes only. The ball is placed on an adjustable tee that rests atop the home plate for the batter to strike. Most of the other rules are similar or identical to those of baseball, though the game is played on a smaller field at Boulder Elementary School.

Many parents assist during the game by coaching players in the dugout, in the field, on the bases, and at the plate. They also perform the task of umpiring. Sears said each season kids have the opportunity to get to know other kids they will be going to school with and playing baseball and other sports with for all of growing up. And Sears has been developing kids for several years. “I am currently managing several kids I coached in T-ball and they have remained friends since they were 5 years old,” said Sears.

This year’s Boulder Arrowhead T-ball Division has 9 teams, made up of 84 four and five year olds.  The program has been strong over the years and has set the stage for many of the successes that Boulder Arrowhead Little League has realized.

Little Leaguer strikes out 18
From the Billings Gazette, June 18th
Tyler Buckingham threw a no-hitter and struck out 18 batters in a Billings 11-12 Majors Little League baseball game on Saturday afternoon.
Pitching for the Boulder-Arrowhead  Brewer Dental team, the right-hander recorded 18 strikeouts in the 9-0, six-inning win over Ace Electric of Laurel.  Two batters reached base in the game-  one on a third strike passed ball and the other on an infield error.
Buckingham's gem is the second no-hitter this season by a Boulder-Arrowhead 11-2 pitcher.  On May 1, Ben Tallman struck out 17 batters in a perfect game for the Boulder-Arrowhead CMG Construction team.

Two outs in the bottom of the sixth in a tie game, with a runner on first.  The pitcher delivers to home plate and the runner takes off for second.  In a flash, the catcher whips the ball to second and, in a cloud of dust, everyone waits for the call… except Troy Tallman.  He is only marginally worried if his runner is safe at second.  His bigger concern was how much dust was in the air during the slide.

Following last year’s season, it was determined the soil mixture at the fields was holding too much water and giving off too much dust during baseball action when dry.  In general, most dirt mixtures are simply too crumbly for baseball.  The best baseball field dirt contains a mixture of sand, silt and clay to create a superior playing surface and ability to absorb unpredictable weather.

This year Boulder Arrowhead Board of Directors committed and purchased $10K for the product mixture and delivery from Colorado.  “Our mix is 65% clay and 35% sand/silt mix,” said Troy Tallman. “It also has a binder mixed in as well to help with water drainage and wind abatement.”

Troy and other volunteers were able to finish both AH1 and AH2 fields completely and put down a base on the big field as well. The mixtures on BALL fields boast traction, playability and resilience only seen on the best fields.

Two weeks into the season the weather turned, but with the new mix in place, teams were able to play on both fields early in the week, even though we had a pretty good rain storm push through. Had the fields not had that mix, it would not have been possible to play those games.

How do you fund a league that lets kids keep their team shirts, pays for safe baseball equipment for the players to use and keeps the grass mowed?  You tap into an irresistible force of snacks at the ball field that generates more than $15,000 each year for the Boulder Arrowhead Little League.

This season, Anna Wessel and Samantha Brownson are heading into their second year of service as the board representatives for Concessions.  The position requires a range of skills that vary from organizing three service sheds, getting purchase lists to the shoppers, organizing the food storage, opening, closing, depositing funds, cleaning, cooking and making sure parents show up at their appointed time to do their volunteer work.

“This year looks promising because we have a good group of gals that will help run the sheds with us and shoppers that will shop every week for supplies,” said Samantha. “Now we just need ALL of the different shifts covered, which I am hoping will be just as easy this year.”

There is a considerable amount of work to be done, and before starting last season; Anna and Samantha were parent volunteers for several years, dating back to when their kids were in T-Ball. In previous seasons, they both worked their share of shifts to help the league as team volunteers.  Now their kids are growing up and moving out of the program, so they are attempting to find others to train in their positions, so other parents can take over some day.

“One of the most rewarding parts is getting to know all the kids and parents as they frequent the concessions,” said Anna. “I became known as ‘Hey, concession lady’ which was valuable later when I needed a kid to help run trash or get extra food for a concession.” Being known as the concession lady gave Anna popularity and the ability to summon a mystical power to get kids to help out when she needed it… the power of gummy worms.

But just about everything in BALL is a family affair.  Last season, Anna’s teenage daughter also worked several shifts with her friends and learned customer service, money handling, and other business fundamentals.  So, when she applied for her first real job, she had lots of experience for her resume. She noted her experience serving in a concession sales role on her job application and several places she interviewed with commented on that experience.

For Anna and Samantha, the experience has been both challenging and rewarding.  They realize the time spent at the stands helps the kids have a great place to play ball.  They also noted that it shows their own children that doing service for others is a reward in itself.  The goal may be to raise money for the league and for the kids, but after the final out of the season, the experience is immeasurable for everyone.

He Was Diggin' Opening Day

BALL groundskeeper Kendal Mayer has been working on the fields for weeks getting everything ready for opening day. Re-building the pitching mounds, adding dirt to the infield, and finding sprinkler heads that didn't survive the winter. "He has done such excellent work, I thought we ordered new dirt for the Boulder field," said Bill Mercer, Vice President of Minors baseball and softball. Kendal's efforts haven't gone unnoticed at the BALL fields this spring. As the dust settled on Monday evening, it was clearly a success. We had some great opening day games and fun for all.

Volunteers are the backbone of every Little League accross the country, and those who help out the Boulder Arrowhead Little League family continue to make a difference.  To kick off the early work necessary to get things ready for the 2012 baseball season, Taylor Sears, son of manager and board member Scott Sears, worked on the BALL bleacher seats for the entire Arrowhead Complex March 17th.  He made improvements to the bleachers as part of his Boy Scout Eagle Project.

For the project, Taylor orchestrated the sanding, priming and painting of the bench seats and the work should last for as many as three seasons.  All together, Taylor was able to organize more than 120 hours of volunteer efforts during the week.

"Taylor did some great work at the complex," said BALL League President Shawn Hanser. "The benches needed some improvements and he stepped up to the plate!"

Shawn went on to explain how critical it was to have a large group of active volunteers to keep Boulder Arrowhead Little League running smoothly and creating a great atmosphere for kids to enjoy playing the game of baseball. 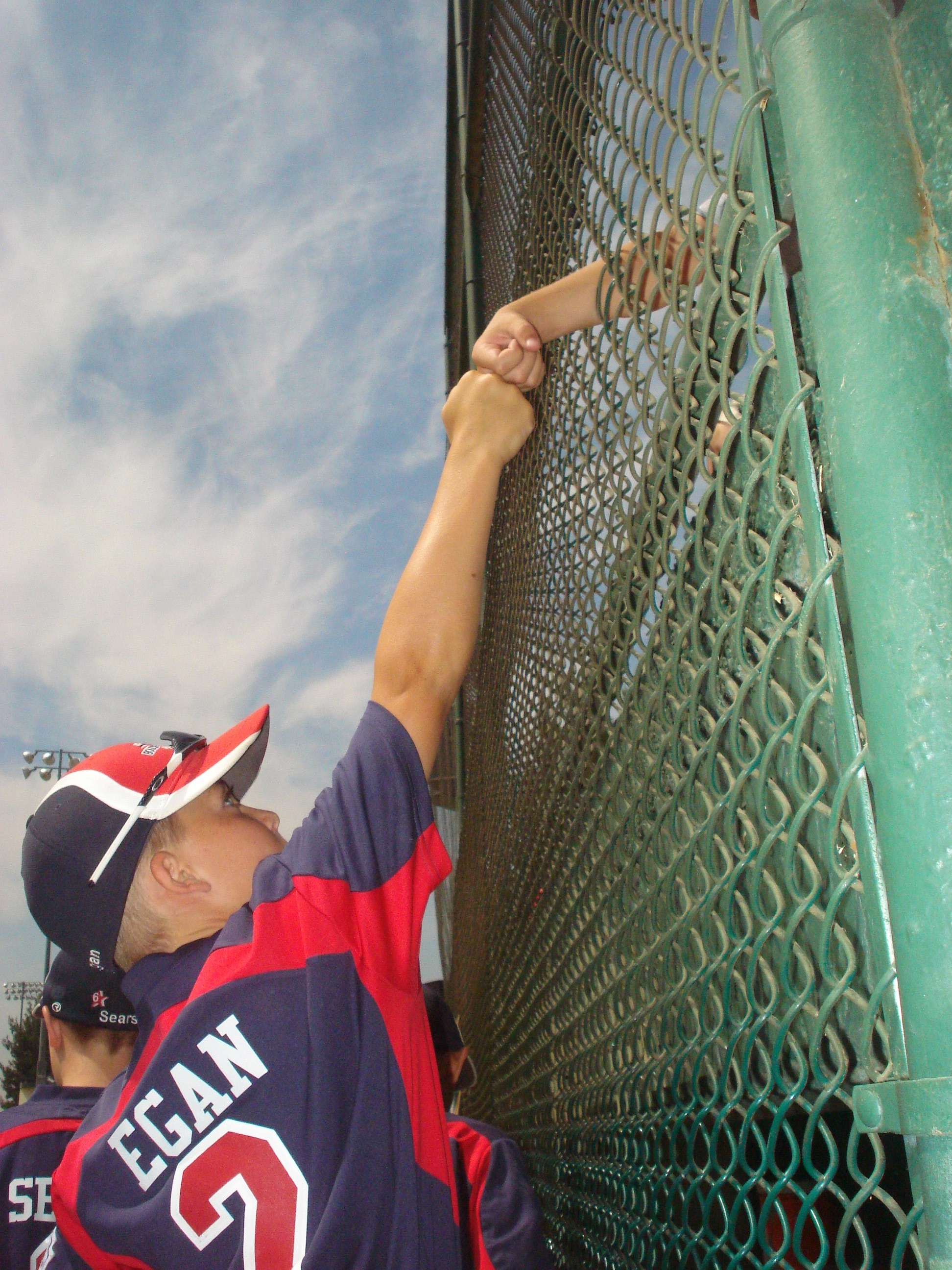 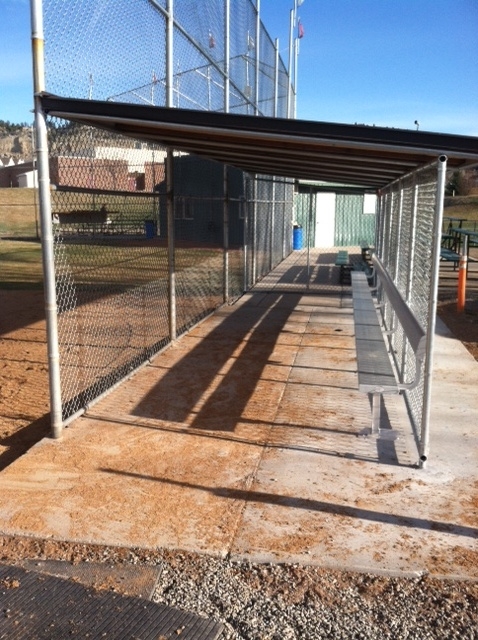 Heads Up: Concussion in Youth Sports

To help ensure the health and safety of young athlets, CDC developed the Heads Up initiative to offer information about concussions to coaches, parents, and athletes involved in youth sports.  The initiative provides important information on preventing, recognizing, and responding to a Concussion.