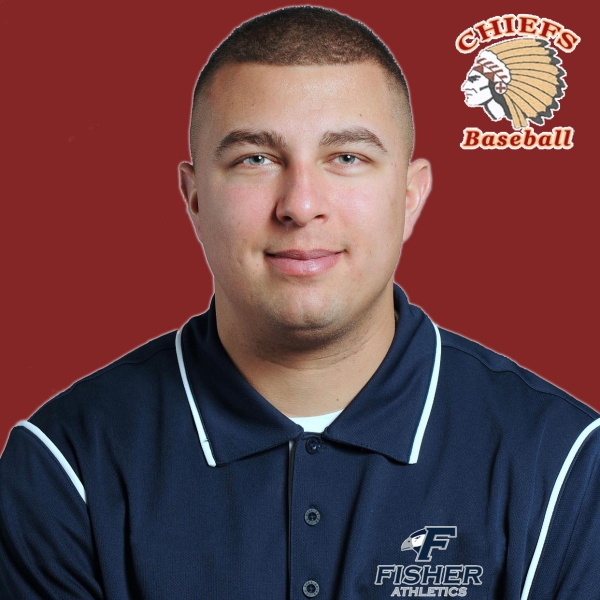 MEDFORD, MASS. – The Andre Chiefs of the Intercity League will have a new manager in the dugout this summer as longtime local amateur baseball standout, Anthony Perry has agreed to skipper the Chiefs in 2022. The announcement was made by Chiefs’ President and General Manager, Chuck Andre as the club shuffles around the front office with last year’s manager, James McConville, moving into his Assistant General Manager role.

“I am thrilled and thankful to Chuck Andre for the opportunity to lead this outstanding organization.” Perry said excitedly upon accepting the offer. “Throughout my career, I’ve been blessed to be a part of historic, tradition rich amateur baseball teams that continue to thrive both on and off the field. The Chiefs name is well-known around local amateur baseball here in Greater Boston, just like the Alibranids, and I am looking forward to continuing that winning atmosphere in both 2022 and beyond.”

Perry becomes the organization’s eighth manager in the illustrious 65 year history of Chiefs baseball. The Chiefs name and outstanding baseball tradition have been synonymous since 1957 as the Hosmer Chiefs (1957-1984) before becoming the Andre Chiefs in 1989. The organization has maintained a consistent atmosphere of professionalism and winning, including capturing 19 championships across the Suburban Twilight League and Intercity League while only missing the league playoffs in three of the past 50 seasons.

No stranger to winning, Perry brings a wealth of knowledge and rings with him into the Chiefs’ dugout. As a manager, Perry has led the Metrowest Royals of the Boston Men’s Baseball League’s to four championships since 2016. He was also a member of the coaching staff by committee that helped the Somerville Alibrandis of the Yawkey Baseball League (YBL) capture the 2017 title with a 30-1-1 regular season record. As a player, Perry was a part of four YBL championship teams with the Alibrandis from 2014-17 and in college, helped Fisher College win four consecutive Sunrise Conference and NAIA Region X tournament championships from 2005-08.

“Surrounding yourself with good quality baseball people is a recipe for success.” Perry continued when asked about his time with the Alibrandis. “I was lucky and fortunate to have smart veteran guys like David Lightbody, Ted Dziuba, Anthony Del Prete, and Juan Parra to bounce ideas off of and coordinate to help run the franchise to three playoff appearances in our three years of ICL Baseball and our last YBL championship.”

During his collegiate career, Perry played in 177 games for the Falcons under Head Coach Scott Dulin before signing a contract to play for the Southern Maryland Blue Crabs of the independent Atlantic League and former Boston Red Sox player and Manager, Butch Hobson. His run in amateur baseball dates back to 2006 with the YBL’s Chelsea Royals before becoming a fixture with the Malden Bulldogs (2007-2013). Last season, Perry was the manager for the Alibrandis Baseball Club of the ICL that finished fourth overall and fell in the first round of the playoffs to the Chiefs. He also helped coach the Alibrandis to the 2019 ICL finals and 2018 ICL semis, both ended in series losses to the Blue Sox.

Currently, Perry is the Assistant Athletic Director at Fisher College; a role he began in January of 2021 after previously serving as the Sports Information Director and Head Baseball Coach at Rivier University. While at Rivier, Perry spent nine seasons (2012-2020) as the leader of the Raiders, leading them to conference tournament appearances in 2015 & 2016 while departing as the program’s all-time leader in wins as a Head Coach. Prior to his time in Nashua, Perry was an assistant for Fisher from 2009-11 as they captured three more conference titles and advanced to the NAIA post-season.