hide
hide
No announcements have been posted yet for East Grand Rapids Pioneers. 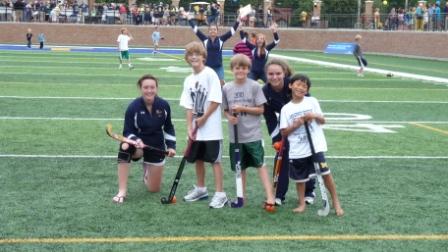 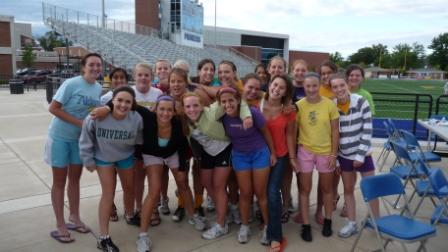 EGR field hockey (1-2) traveled to Academy of Sacred Heart (ASH 4-0) to play a double header against ASH and Grosse Pointe South (4-0).  The first game was against ASH.  EGR was not able to match the speed, strength and sheer build of a strong ASH team.  EGR let in a goal in the first five minutes and from there it was a tough ride with 4 goals scored by ASH in the first half anda nother two in the second.  In spite of a loss, EGR stood tall with stellar performances by Erica Rankin who Bambied her way past the opponents defence, fearless defese by Anna Petko (once she got going she did not stop), solid support in midfield by Kate Brondyk and Libby Mason, tireless effort by Kristy (Crust) Allen and some smashing long hit feeds by Sarah Zezima.  Hannah Schneider and Alex Kuske contributed in offense by moving the ball well and staying hard on the wings and Chandler Filion contributed even though she is coming off illness and injuries.  In defense, Sami Condi was solid, Alexa Smeby was tough and Madison Scheper discovered another skill as a defenseman to supplement her mid field skills.  Lena Henderson, after a shaky start, pumped it up and amde some incredible saves.  Megan McConnel, though the tiniest on the field, played with a "lions heart". 12th men, Libby Best, Kate Olgren, Megan Elderkin and Lindsay Broekhuis came off the bench and were able to stand their ground, and stand it well.

The second game was against Grosse Pointe South HS.  EGR girls, with a short 40 minutes break between games, got back on the field to take on another worthy opponent.  A few defensive lapses and 15 minutes into the game EGR was down 2 goals.  From there on, our girls who had played 70 tough minutes against ASH, stepped it up and kept the score at 1-1, for a game ending score of a 3-1 loss.  Kristie Allen scored her 5th goal of the season, a goal board sounding deflection on an assist from Hannah Schneider.  Considering the long 2 hour drive east and the tough game against ASH, EGR girls surely matched up well in this game.  A tough loss, but one against a worthy Division I opponent, a game that EGR should be proud of playing - fair and square with lots of guts and poise.