hide
hide
No announcements have been posted yet for EMNLL Orioles.

Who's Bringing the Tartar Sauce? Orioles, Marlins Face Off 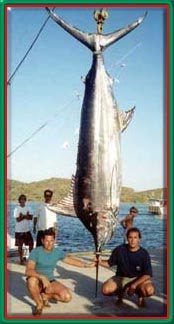 Easy For You to Say


"The bases were drunk, and I painted the black with my best yakker. But blue squeezed me, and I went full. I came back with my heater, but the stick flares one the other way and chalk flies for two bases. Three earnies! Next thing I know, skipper hooks me and I'm sipping suds with the clubby." - Ed Lynch, Mets' pitcher


Send your translation to Coach Mike at mwhite@builderservices.com . The first correct response will win nothing but our collective admiration and a mention on this site.
cancel

Posted by Michael White at Mar 17, 2005 4:00PM PST ( 0 Comments )
more editing options
The Oriole faithful let out a collective gasp as the Marlins’ lead-off hitter rocketed a drive deep into the cold, dark March sky. The ringing echo of the bat was still audible as the ball finally reached its apogee and set its sights on some desolate quadrant of left field. This would surely be trouble…extra bases…perhaps an inside-the-park homerun. Not!! Zach Ayala, with poise and concentration not often found this side of Cooperstown, welcomed the long-flying baseball into the friendly confines of his big glove and thus set the stage for the defensive clinic put on by the now 2-0 Orioles. Yes, the mighty Birds put 13 big runs on the Coca-Cola scoreboard, but Friday night’s story was defense. The strong-hitting Marlin team was not timid at the plate—far from it. But as capable as the Fish batters were at crushing the ball, their offensive efforts proved largely futile, as Oriole leather added credence to the much-debated baseball axiom “good defense beats good offense.” The final score was 13-2. Starting 2nd baseman Avery Lynch led the Orioles in practically every category. Playing a flawless defensive game, Lynch also reached base on each of his plate appearances, going 2-2 with a walk. Avery also scored 2 runs, logged 2 RBI, and stole 3 bases. Starting pitcher Andrew Scalf notched his second victory in as many attempts, using only 29 pitches over two strong innings to shut down the dangerous Fish sticks. Scalf was also perfect at the plate, reaching base on every opportunity while driving home 2. Andrew scored 3 runs and swiped 5 bases, including an exciting theft of home. Oriole catcher Will White continued his tear, going 1-2 with a walk. White’s 2-RBI triple in the fourth began the final assault which ultimately triggered the league’s mercy rule. White was also rock-solid behind the plate, teaming with Lynch to limit the Marlins to only 6 stolen bases, versus the Orioles’ 25. Cleanup hitter Brett Lyle used his tweaked swing and frightening power to go 2-3 on the night. Lyle ripped a triple and stole home in the top of the first, capping off a three run effort which proved to be all the offense the Orioles would need. Jose Arostegui, taking the mound in relief of Scalf in the third inning, struck out 3 batters in another strong pitching performance. Jose was also effective on the offensive side, stealing home for the second consecutive game. Markas Lee, playing in only the second game of his career, dazzled the crowd at Sewell Park Friday, reaching base on each of his three plate appearances. Displaying an amazing base running prowess, Markas stole 4, including home, befuddling the Marlins with his team-leading speed. Lee also got it done in the field, initiating a perfect 4-3 putout to end the game and land the Fish. Matthew “M.C.” Rimert proved that he knows his strike zone, working Marlin pitching for a base on balls. Not satisfied to camp at first, Rimert stole second and third in the top half of the third. Carlos Guzman, in a brilliant display of defensive fundamentals, turned a sure triple into a single by blocking a scorched liner to center. Carlos found the handle quickly, as the dejected Marlin scampered back to first. Carlos also registered a walk and a stolen base, Amanuel Gantt found his stride at the plate, reaching base and quickly lighting up the base paths for two big stolen bases. Moments later, Amanuel intuitively broke for home on an infield single, crossing the plate for the Bird’s fifth run. Matthew Proctor did it again at the plate, making the most of his two plate appearances by coaxing two walks from Marlin hurlers. Matt added 3 stolen bases and scored twice, further establishing himself as one of the O’s most astute offensive players.
cancel