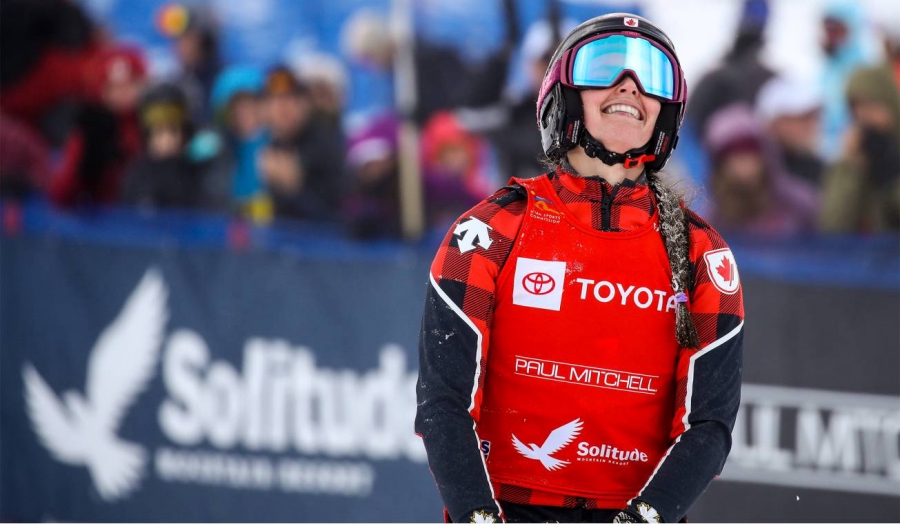 Calgary, Alta. (September 21, 2019) – In the world of Ski Cross, Marielle Thompson reigns supreme. Today, the current World Champion is being recognized outside of her sport, as Female Athlete of the Year for Winter Sport Performance in the 42nd Canadian Sport Awards hosted by AthletesCAN.

The Sport Performance Award is selected by a jury of peers and media (40%), and Canada’s own national team athletes (60%). With 60 other winter sport female athletes in the country, Thompson was nominated as a finalist alongside other decorated athletes; her teammate Kelsey Serwa and Slopestyle Snowboarder Laurie Blouin.

“Becoming World Champion has been a goal of mine for a long time so to realize that goal this season was amazing. It feels great to have my accomplishments acknowledged outside of Ski Cross and by other Team Canada athletes. Thank you to everyone who voted, it means a lot to have the support of my peers. I’m honoured to be recognized!” said Thompson, who was unable to attend the Awards ceremony in Toronto, ON.

This iconic awards show was first established 46 years ago to showcase excellence in Canadian sport and quickly evolved to become the premier event for national sport achievement and leadership recognition. Thompson was recognized alongside others in the categories of Winter and Summer Sport Performance, Influencers Corporate Excellence.

Stanley Hayer, Canada Ski Cross Team Head Coach has been working with Marielle for close to a decade. "Marielle is a fierce competitor and is always focused on winning. She had an amazing year, highlighted by winning the World Championship title. I’m extremely proud of the athlete that Marielle is and the effort she continually puts in to stay on top of her game. As a team, Canada Ski Cross is very proud of Marielle and we’re excited that she is being recognized for her outstanding performance over this season.”