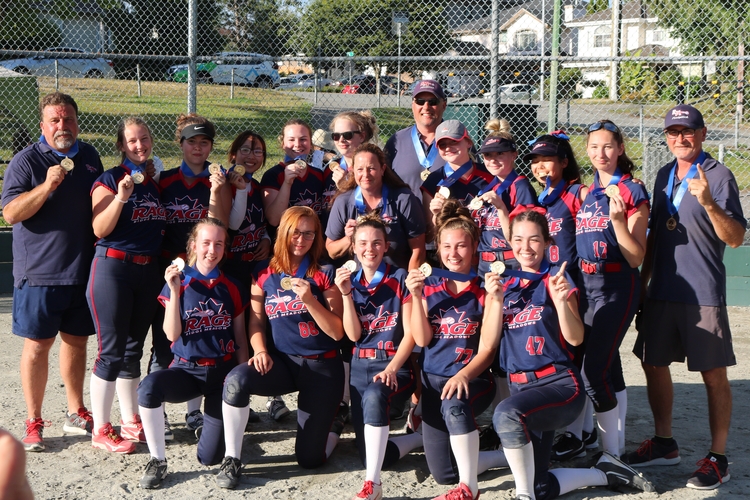 In the final championship game, the Wildcats came out swinging, and Rage fell behind early 2-0, eventually tying the game up in the 5th inning. The Wildcats didn’t give up, and came back in the 6th inning to pull ahead 3-2 and retake the lead. The score remained 3-2 Wildcats until the bottom of the 7th inning. The Rage dugout never gave up, and as they cheered on every hitter, their bats came alive driving hard hits past the Wildcats infield defenders, eventually winning the game with a walk off run.

An exciting end to a hard fought weekend which saw a first year U19 team win the provincial championship amongst a very tough group of competitive players and teams.