hide
hide
No announcements have been posted yet for Buckeye Youth Football Association.

Posted by Dave Rea at Feb 15, 2007 4:00PM PST ( 0 Comments )
more editing options
The Jaguars returned for their second season. We lost alot of Varsity players but still had a good turnout of players and cheerleaders. We were able to gain a JV Cheerleading squad under Coach Scarpelli. We got new jerseys and took a step forward by having players in their second year who stepped forward as team leaders helping their inexperienced teamates to work hard and show that Buckeye Pride! We went 0-7 again to fall to 0-14 overall, but we were a better team. The competition level came up, as were able to look respectable in games.
cancel

Posted by Dave Rea at Oct 30, 2004 5:00PM PDT ( 0 Comments )
more editing options
The CCYF Jets handed the Jaguars their only loss of the season in the 2004 Championship Game. The Jets won the game 12-8 in a that went down to the final 3 minutes. The Jags were leading 8-6 deep in Jets territory when the Jets recovered a fumble and took the ball out to their own 31 yard line. On the next play they lost 5 yards back to the 25. On a 2 and 15 they threw a pass into the right flat and went 75 yards for the score to end it. It was a well played game by both teams and the game capped off the first season of play with the three organizations being involved. There were 12 Varsity teams, they played a total of 99 games, and got down to 1 Champion.

Buckeye Youth Football and the Jaguars congratulate the CCYF Jets on their 2004 BBCC Championship. 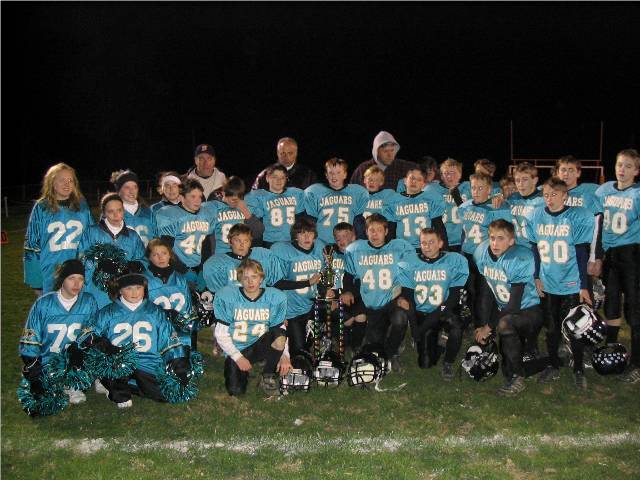 Posted by Dave Rea at Oct 11, 2004 5:00PM PDT ( 0 Comments )
more editing options
Every year we talk to the youth players about doing their best on the field and in the classrooom. We want them to show pride, heart, and discipline and aspire to be a Buckeye Buck and then go on to college. We have 3 former Jags at that level during the 2004 Season. Buckeye Youth Football is proud of them and wants to recognize their efforts!

In the spring of 2004 Adam Franz (Jags '96 & '97)signed a national letter of intent to play football at the NCCA Division II level for the Tiffin Dragons this fall after graduating from Buckeye last June. Tiffin improved from a dismal 2-8 season in 2002, to finish 6-5 last season. Adam, a 6'3" and 240 pound lineman, helped the Bucks to their first 2 appearances in the state playoffs in 2002 and 2003. He was an All Mohican Area Conference selection during the 2003 season, along with being named to the All MAC Academic Team and Co-Most Improved Player for the Bucks. He is a Forensic Psychology major and wants to go to the FBI after graduation. Congratulations and Good Luck in your college career Adam!

Dan and Darren Cereshko (Both Jags in 1996) pictured below, opted to attend Baldwin Wallace and are playing Division III football for the Yellow Jackets. BW finished 10-2 and made it to the 2nd round of the NCAA Division III playoffs in 2003. Dan, a 5'11" 170 QB, and Darren, a 5'11" 210 WR/DB, together hold most of the all time passing and receiving records at Buckeye that they set during the 2001 & 2002 Sesaons. Dan was the 2003 Iron Antler Award winner for the Bucks. Darren was a Division III All Ohio Player and Defensive Player of the Year in 2002. Congratulations and Good Luck in your careers Dan & Darren! Their Uncle Ron Brant who is pictured with them below is the All Time leading scorer and rusher at Buckeye, as well as holding several other rushing records. 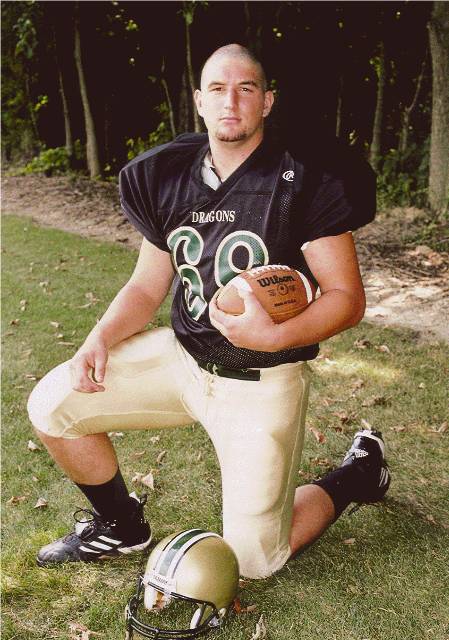 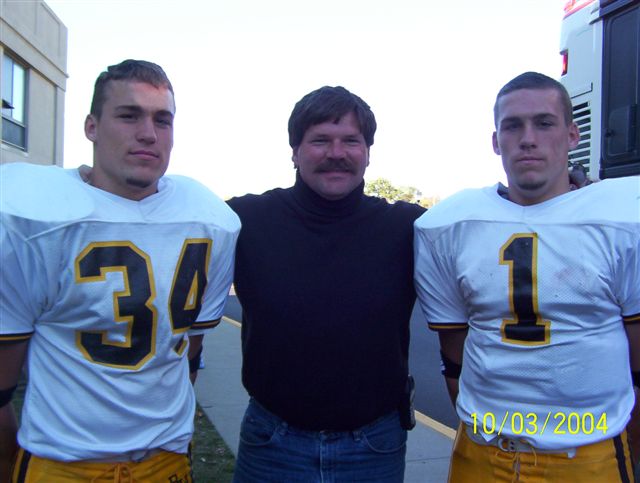 Two more former Jags have made a choice to play football in college. Dan and Darren Cereshko have both opted to attend Baldwin Wallace College, and will play Division III football for the Yellow Jackets next season. Both Cereshkos, played in 1996 with the very first squads. Dan, a 5'11" 170 QB/DB, and Darren, a 5'11" 170 WR/DB, together broke most of the passing and receiving records at Buckeye during the 2002 & 2003 Sesaons. Dan was the Golden Buck Award Winner in 2003 and Darren was Ohio Division III Defensive Player of the Year in 2002. Congratulations and Good Luck with the Yellow Jackets Dan & Darren!

Earlier in the year former Jaguar player Adam Franz has signed a national letter of intent to play football at the Division II level for the Tiffin Dragons next season after graduation from Buckeye. Adam, 6'3" and 240 pounds, played for the Jaguars in 1997.

During high school he was in the band as a freshmen and sophomore and returned to football as a Junior. His excellent line play helped the Bucks to their first appearances in the state playoffs in 2002 and 2003. He was an All Mohican Area Conference selection this season, along with being named to the All MAC Academic Team and Co-Most Improved Player. Congratulations and Good Luck Adam!

The Jets 2003 BYF Championship sign has been placed on the fence outside Edwin Steingass Field at Buckeye. It joins the sign for the Jags 2 Championships. Our goal? More Buckeye wins, more signs, we have plenty of fence space.

Way to go Jets, Buckeye Youth Football is proud of you! 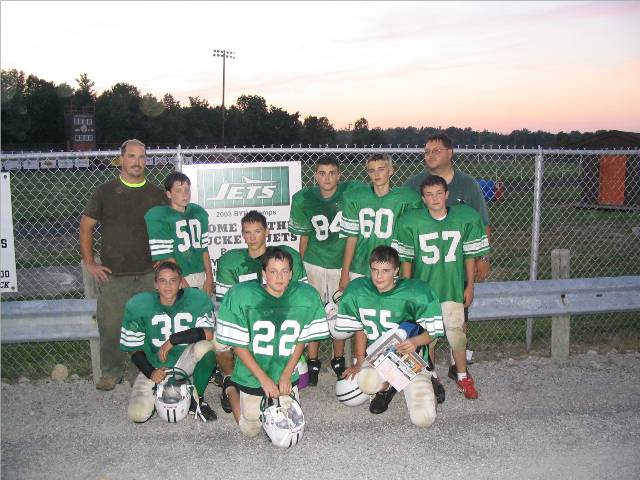 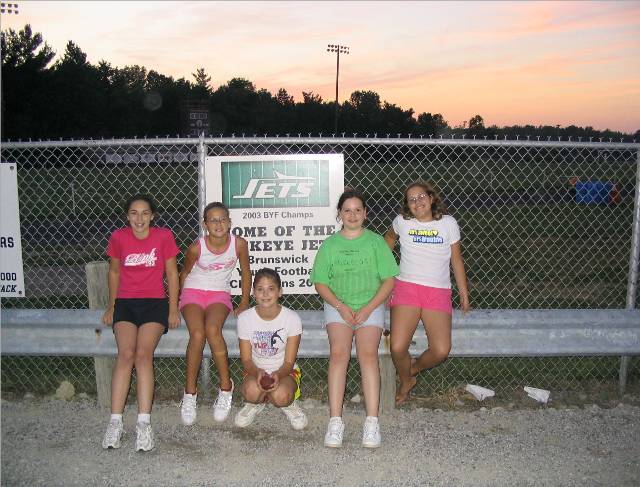