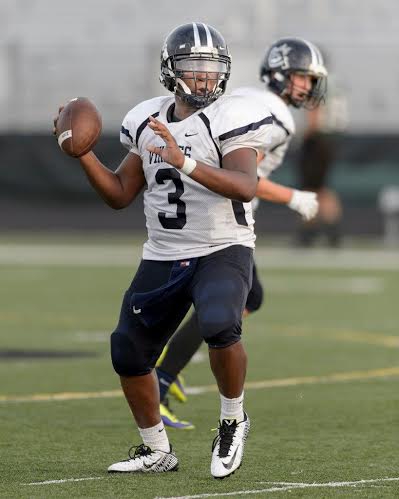 The Varsity football team is pumped for the start of the 2015 season. The Vikings will be under new leadership this year with the hire of Coach Kevon Bagot to help steer the ship. Coach Bagot comes to us with a vast coaching and playing experience, having been a standout Offensive Lineman at Louisiana Tech University. The Vikings return star quarterback and senior, Draylyn D. Draylyn has spent the entire off-season and summer working out and is poised to have a memorable Senior season. The Viking football team start their season with an away game on August 20th as they travel to Tomball Christian. Game time is 7:00. Come support your Village Vikings!