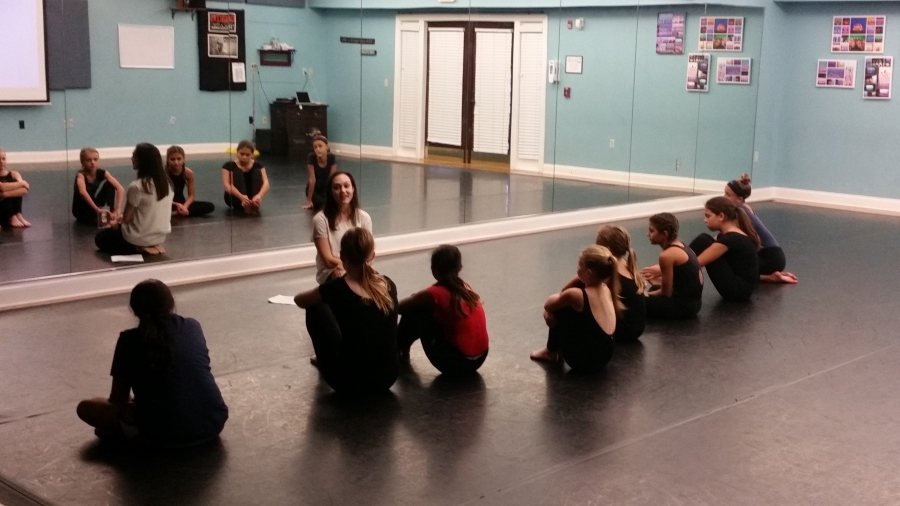 We were delighted to have Becka Vargus, our Juilliard Dance Curriculum Specialist, visit with and work with our dance students and teachers. 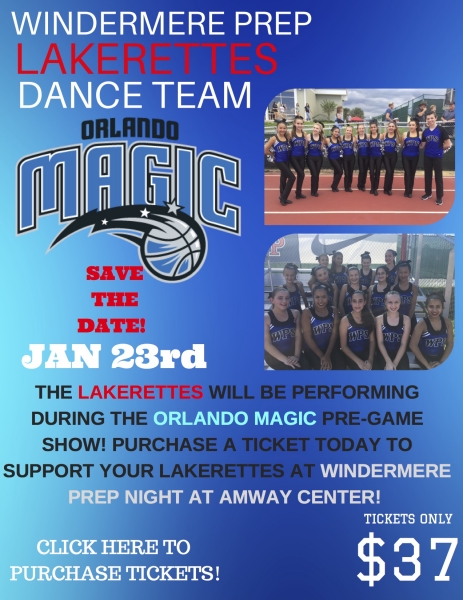 Show your Laker Pride! We hope to see you at the Amway Center for the Windermere Prep Spirit Night that will feature our very own LAKERETTES! 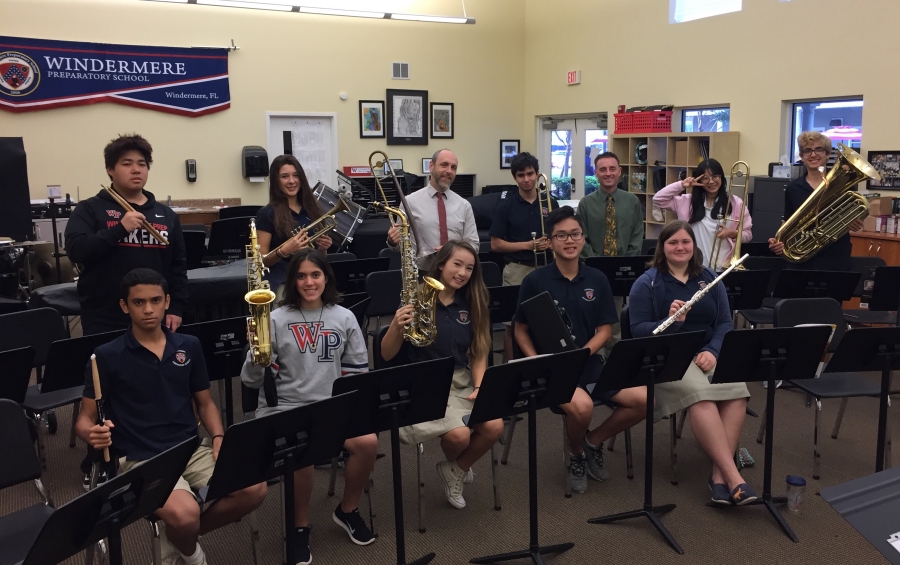 Our High School Beginning Band class had the rare opportunity of working with our Nord-Anglia Juilliard Curriculum Specialist, Mr. Brian Drye in a creative ear training session. It was exciting to watch and hear our WPS students perform “Call and Responses” led by Mr. Drye on the trombone. I am continually impressed with this group and their ability to catch and learn new concepts daily – They’re amazing! 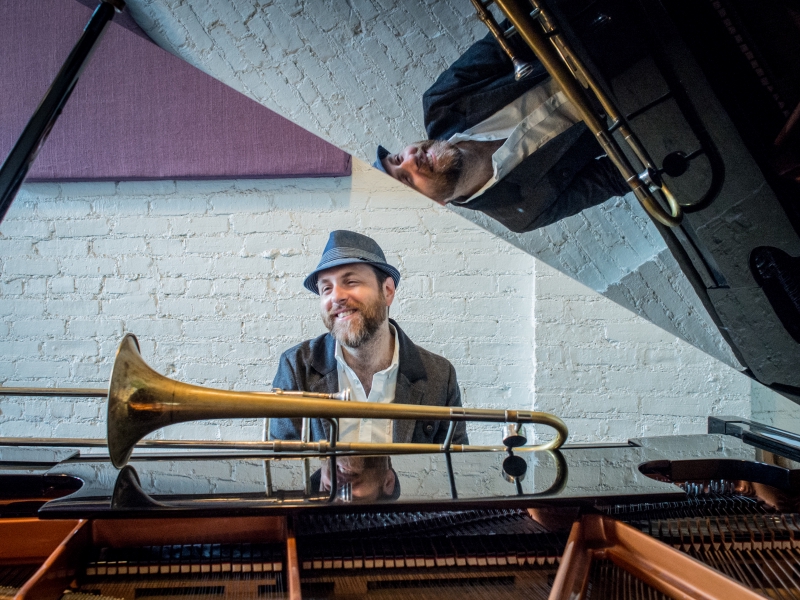 Trombonist and pianist Brian Drye is an integral part of NYC’s creative music scene. His debut as a leader, Bizingas was hailed as “one of the best introductions to a new band” by The New York Times. As a founding member of the eclectic chamber ensemble “The Four Bags”, his compositions have premiered at Lincoln Center, Symphony Space and BAM Brooklyn.
Brian has been a consistent member of the lower brass sections of balkan brass juggernauts Slavic Soul Party! and Frank London’s Klezmer Brass Allstars, Banda De Los Muertos, a Mexican Banda, The Brooklyn Qwaali Party dedicated to the music of Nusrat Fateh Ali Kahn and the Brazilian groups Maracatu NY and Nation Beat. These diverse influences from Eastern Europe to the Northeast of Brazil and beyond have had a lasting influence on Brian’s approach to improvisation and composition.
As a jazz trombonist Brian has performed with Hank Roberts Sextet, Billy Martin’s Wicked Knee, Medeski Martin and Wood, Steven Bernstein (Sex Mob), jazz legend Clark Terry, Andrew D’Angelo’s DNA Big Band, Kirk Knuffke Quartet w/ Bill Goodwinand Mark Helias, Petr Cancura’s Down Home (Mississippi Roots), Marcus Rojas’s Brass Band, Matt Darriau’s Jewish Jazz Project and the Wood Brothers. Brian has performed and collaborated with celebrated experimental composer Annie Gosfield, performance artist Laurie Anderson and was featured in Andy Biskin’s Goldberg Variations at BAM and Bang On A Can’s 25th Anniversary Celebration at Lincoln Center with the Asphalt Orchestra. In 2016 Brian made his theatre debut, performing trombone in the cast of Hadestown at the New York Theatre Workshop. Brian spent his formative years touring the nation with The Tommy Dorsey Orchestra,  crooner Paul Anka and The Four Tops. He has performed and recorded on both piano and trombone with Tony award winner Stew (Passing Strange) from Stew and the Negro Problem.
For over a decade, Brian has been a teaching artist for Carnegie Hall where he has worked across the city in partnerships as diverse as Jazz at Lincoln Center, The Perlman American Roots Program and Arts Achieve. He is a teaching artist for The Little Orchestra Society, where he has developed resources for students to experience composition and Bridge Arts which brings high quality music and workshops to underserved areas in upstate NY. Brian has developed community workshops in homeless shelters, prisons, museums and underserved schools where he focuses on composition and improvisation as a tool for opening creativity and building community. At Carnegie Hall he developed and filmed resources for theMusic Educators Toolkit (an online resource for music teachers).  In 2016 Brian joined the Juilliard School as a curriculum specialist where he facilitates music educators in implementing a Juilliard based curriculum in their schools. Brian offers professional development for teachers in composition, engagement and creative practice. For over 18 years, Brian has maintained a private studio for trombone, piano and theory to students of all ages and experience. Brian is proud to be have recently joined the Brooklyn Conservatory in the spring of 2017 as the Program Director of the Community Music School where he is building new programming and supporting teachers and students in a community setting.