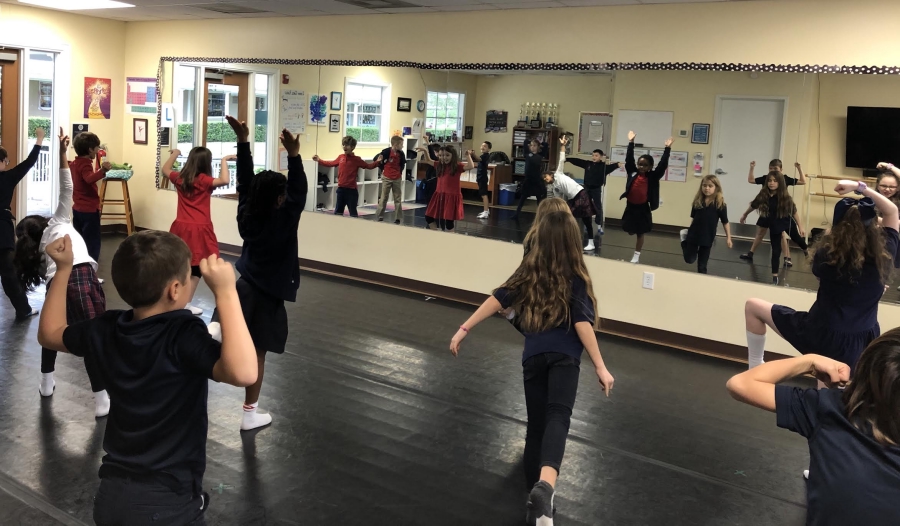 This week in Lower School Dance, second-grade students explored different ways to make shapes with their bodies on different levels. Students then created their own sequence of shapes and mirrored a partner’s shapes. We are having lots of fun exploring together! 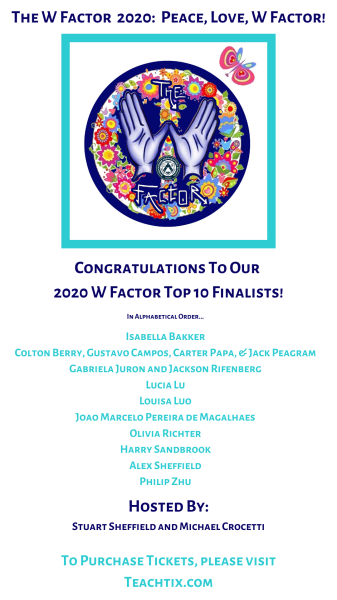 Thank you to everyone that auditioned for this year’s “W” Factor! There were so many wonderful acts presented this year! Tickets will go on sale for this event in the near future and can be purchased by going to teachtix.com.

Here are this year’s finalists:

Sponsored by: Tri-M and Thespians 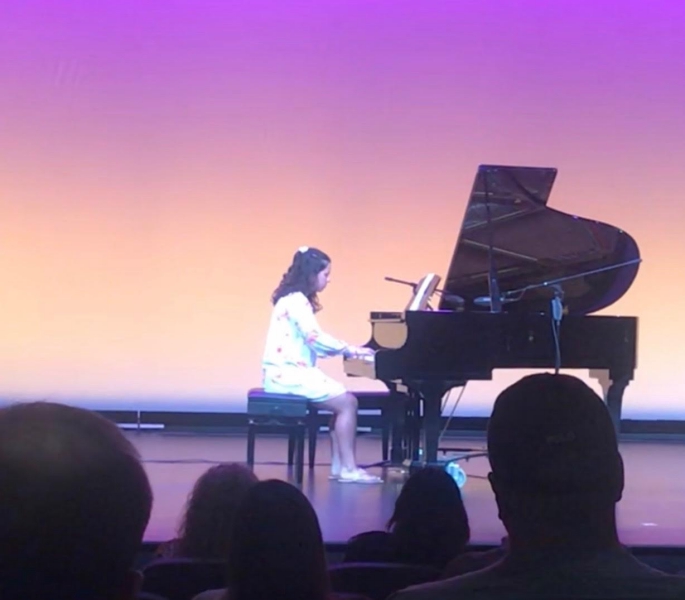 The mission of the royal conservatory is to develop human potential through leadership in music and the arts. It is based on the conviction that the arts are humanity’s greatest means to achieve personal growth and social cohesion. Since 1886 the royal conservatory has translated the latest research on music and arts education into effective programming and examinations benefiting millions of students around the world. Because of Ellen Nabavi’s outstanding results on her 2018-19 Royal Conservatory examination, she has been invited to perform at the Southeast Region Celebration of Excellence Recital.

This event celebrates the outstanding accomplishments of the RCM Certificate Program’s top students in this region. Honorees earned scores of first-class honors with distinction. The recital will take place on February 23rd at the University of South Florida School of Music’s Concert Hall. Ellen will play one of her pieces from the audition and receive a gold medal. 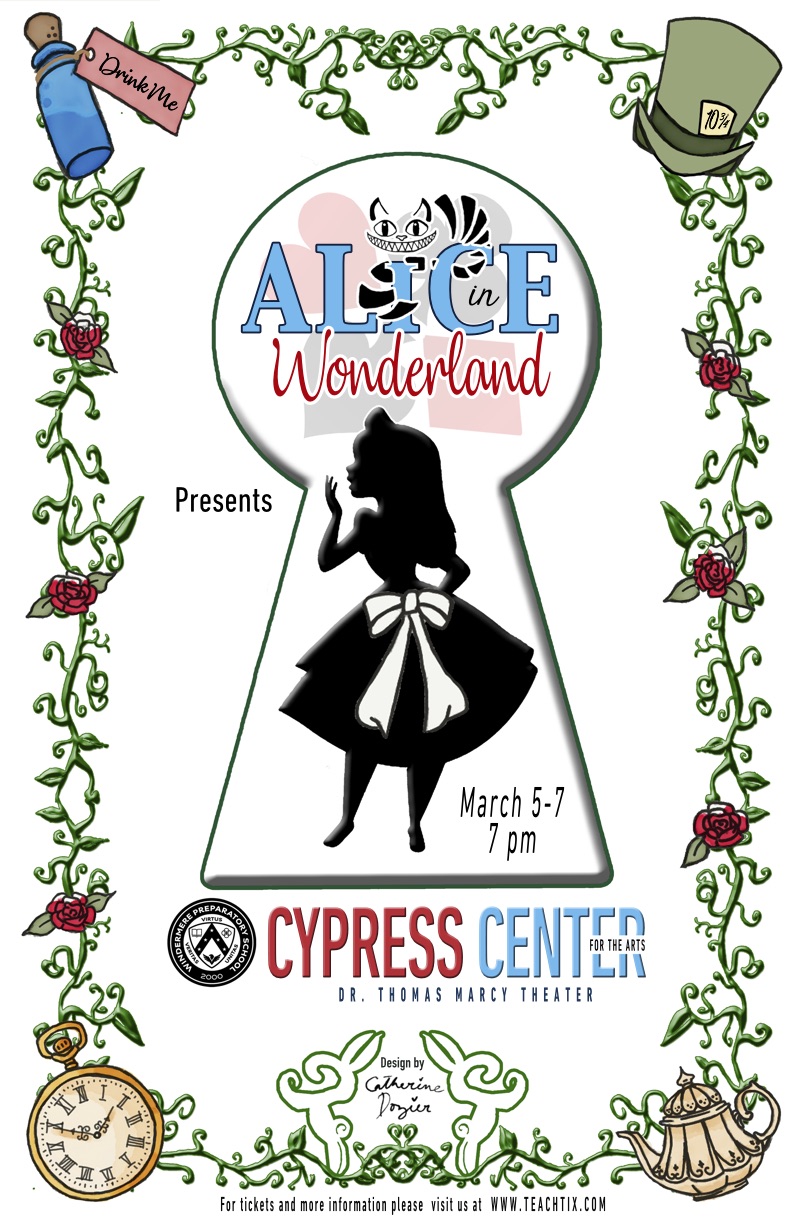 Once you fall through the rabbit hole, nothing is as it seems! Adapted from Lewis Caroll’s 1865 book of the same name, this lively play follows Alice on a confounding journey through a world of talking animals and a corrupt queen. This production will open March 5-7, 7:00 pm at the Cypress Center for the Arts and will also feature a Mad Hatter’s Tea Party (very limited seating) at the Cypress Center Plaza. Tickets can be purchased at a later date by going to teachtix.com. This Middle and High School Play is directed by Jason Wheelhouse and Cindy Lowa. 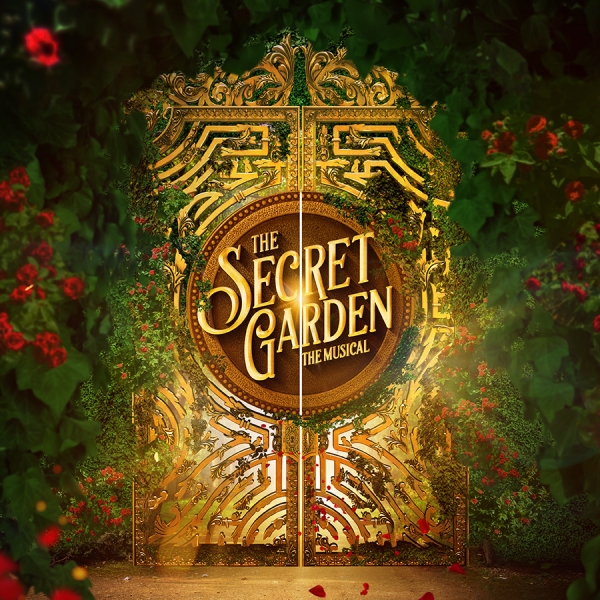 Our new WPS Theatre Repertory Company, advised by Mrs. Rosemarie Redman, will perform The Secret Garden, April 3 and 4, 7:00 pm, at the Cypress Center for the Arts. This production will be adjudicated for The Applause Awards.

Frances Hodgson Burnett’s beloved victorian classic, The Secret Garden, blossoms anew in this enchanting musical by Pulitzer Prize-winner Marsha Norman and Lucy Simon. When young Mary Lennox loses her parents to a cholera outbreak in India, she is sent to live with her uncle, hermit Archibald Craven, who lives in an imposing, secluded manor on the British heath. Inside the haunting house upon the hill, Mary finds a reclusive, long-suffering collection of souls. Since her aunt Lily’s death, Mary’s uncle has pushed away his surviving loved ones, leaving his bedridden son, Colin, alone. Sickly Colin, hidden away in the depths of the manner, bears the guilt of his mother’s death on his crippled shoulders. When Mary discovers her Aunt Lily’s hidden garden, locked and overgrown with vines, stubborn Mary is determined to revive the beauty that once was. Surrounded by spirits from the past, who both warn and welcome her, determined Mary begins to peel away the layers of sadness that cover the house and the garden, showing us the power that “one small girl” can have when she “wants things to grow.”