hide
hide
No announcements have been posted yet for CA District 12 LL.

Posted by Mike Mendoza at Feb 4, 2015 4:00PM PST ( 0 Comments )
more editing options
Join us on our Facebook page, we hope you'll "like" what you find. We hope you stop by and tell all of your little league family & friends to do so as well.

Times and Field Locations may change without notice.

Fellow Parents:  Please be aware that the All Star tournament is an International tournament & has a different set of rules than regular season play.  If you don’t believe me, please see the “T” Section of the rulebook.

Did you know most fields DO NOT allow outside food to be brought in?  Please support the Host Little League by visiting their snack shack.  Buying a water helps pay for the tournament.  Every hot dog counts!

Also, relax, enjoy the game and cheer for your team.  Let the players play, let the coach’s coach, and let the umpires make all the calls. 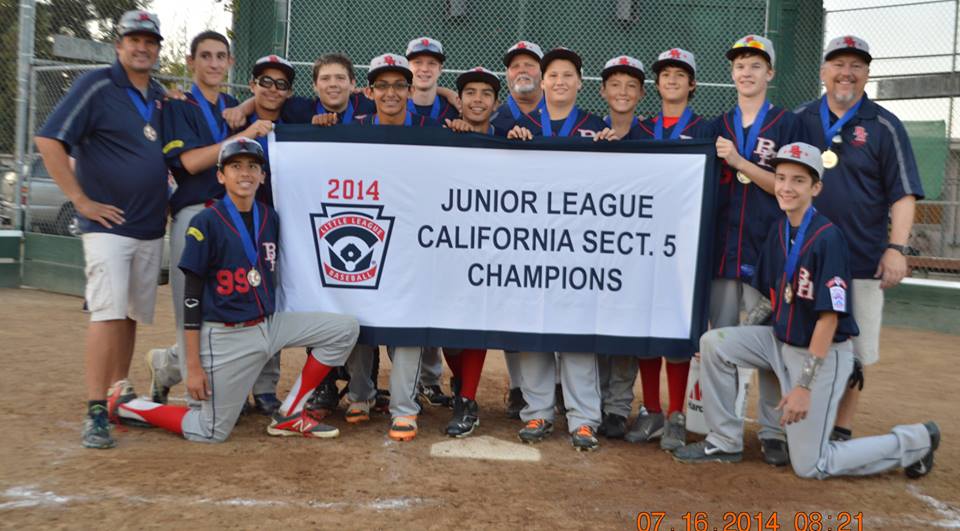 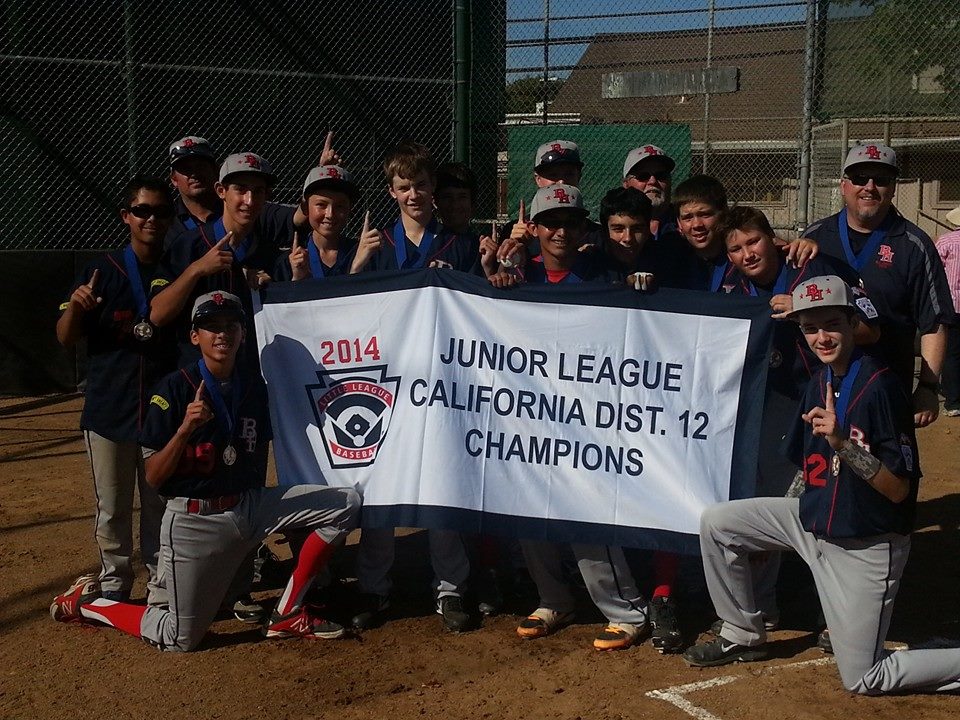 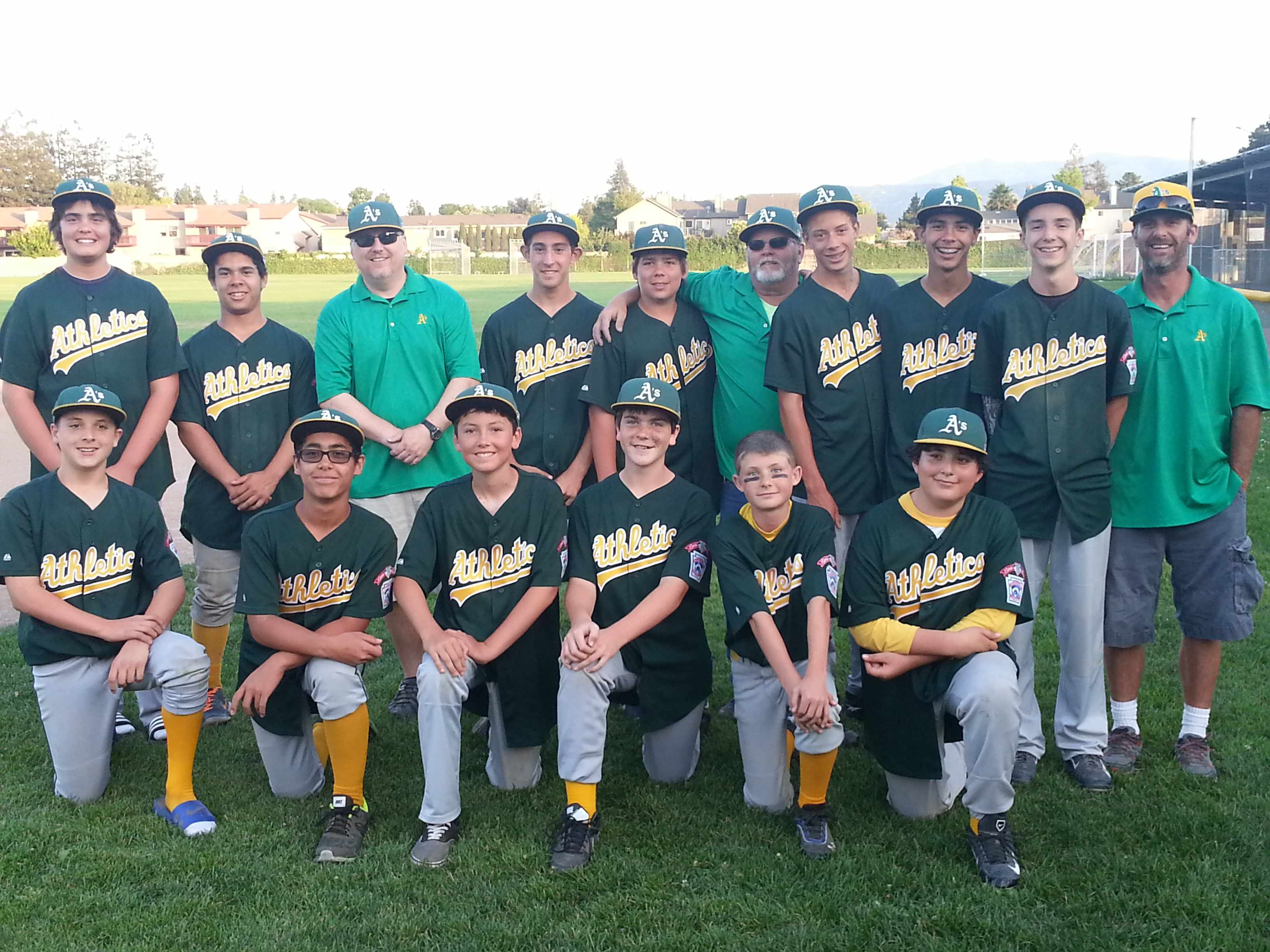 Congratulations to the Almaden Cardinals!

Here are the next ten questions.

11. Batter hits to infielder who throws wild in attempt to retire batter at first. Ball hits coacher and bounds toward outfield, runner moving to third. Is this legal?

Answer -- No. Rule 7.08(d). Base runners can legally retouch their base once a fair ball is touched in flight and advance at their own risk if a fair or foul ball is caught. If this was not the case, then a fielder could juggle the ball in the air all the way into the infield before getting secure possession in either the hand or glove.

13. Is it permissible for two fielders to change their positions if they retain their original batting positions?

14. Runner on second base advances to third base when a pitched ball gets by the catcher and strikes the umpire. Can this runner advance?

Answer -- Yes. Rule 2.00. Interference (c). Umpire's interference occurs (1) when an umpire hinders, impedes, or prevents a catcher's throw attempting to prevent a stolen base, or (2) when a fair ball touches an umpire on fair territory before passing a fielder. A ball that gets past the catcher and hits the umpire, is nothing. It is the same as the ball getting past the catcher and hitting the backstop. The ball is live and runners may advance at their own risk.

15. Bases full, one out, batter bunts fly into the infield. Should the umpire rule this an infield fly?

16. Runner on first base leaves too soon. Batter hits a clean double into left center, scoring the runner. Should this run score?

Answer -- No. Rule 7.13(b). When ANY runner leaves the base before the ball reaches the batter, ALL runners are affected. If the umpire judges the hit to be a clean double, and the batter-runner is at second at the end of the play, runners can advance only as far as they are forced by the batter. So in this case, the runner would be returned to third because that is as far as the runner is forced to advance. If the runner had started at third, he would still be returned to third. If the batter-runner hits what the umpire judges to be a clean double but gets thrown out trying to stretch it into a triple, the runners would be returned to their original base since no runner is forced to advance. More to come on Rule 7.13.

17. Batted ball first strikes in foul territory. Due to spin on the ball, it enters fair territory before it has passed either first or third base but it did not touch a fence, player, or equipment. Would this be a fair ball?

Answer -- Yes. Rule 2.00. Fair ball. Since a ball can begin by rolling in foul territory and then enter fair territory before passing either first or third base and be a fair ball, care should be exercised in not calling "foul" too quickly. Once you call it foul, the ball is dead and can not be undone.

18. Batted ball hits third base then goes into foul territory. Should the umpire rule this a foul ball?

19. Runners on first and third bases, two out. Batter hits to short-stop who makes play at second on runner coming from first. Runner on third scores. Should this run count?

Answer -- No. Rule 4.09(a). Exceptions. A run is not scored if the runner advances to home base during a play in which the third out is made (1) by the batter-runner before touching first base; (2) by any runner being forced out; or (3) by a preceding runner who is declared out because that runner failed to touch one of the bases (appeal play). So exception (2) is why this run does not count.

20. Runner on first steals second base. Umpire interfered with the catcher's throw to retire the runner. Would this steal be permitted?

Answer -- No. Rule 2.00 Interference (c). Umpire's interference occurs (1) when an umpire hinders, impedes, or prevents a catcher's throw attempting to prevent a stolen base, or (2) when a fair ball touches an umpire on fair territory before passing a fielder. If the runner is thrown out, the out will stand. If the runner is safe when the umpire interfered with the catcher's throw attempt, then call "time" and put the runner back to the base they were on for "umpire's interference".

Purpose:
This drill allows players to work on many different base running situations. It is also a good conditioning drill.

Setup:
Start with runners on first and second and one player in the batters box. Have all other runners in a line behind home.

Have a coach in the third base box and another coach out in front of home with a bat and baseballs.

All baserunners will behave as if there is a defense.

Hitter will run hard through first base on a ground ball
He will round the base on a ball hit in the air to the outfield.
Either way he stays at first base.

Runner at first will run hard strait into second on a ground ball to the infield.
Runner will pick up the third base coach on any ball hit to the outfield. The third base coach will then instruct the runner to either stay at second or proceed to third.

Runner at second will go straight into third on a ground ball.
On a fly ball he will round third and pick up the third base coach to determine whether he will score or not.

Runner at third will tag on a fly ball and run when the ball hits the ground. If there is no runner on second, the third base coach can give the runner instructions on what to do on a ground ball. "Score on all balls except back to the pitcher".

Keep it moving. Players need to quickly analyze the situation and be ready to move.

This drill provided with the gracious authority of QCBaseball.com