hide
hide
No announcements have been posted yet for Music. 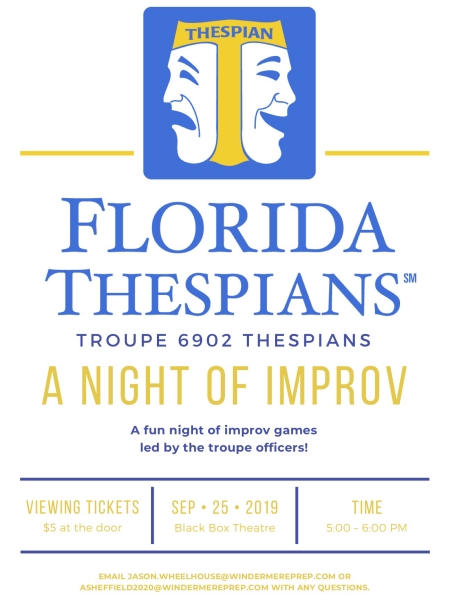 WPS Troupe 6902 invites you to an evening of fun games led by troupe officers! $5.00 will get you inside to observe and possibly participate in this year’s Thespians A Night of Improv. September 25, 5:00-6:00 pm, Black Box Theatre (127 ans 128), Cypress Center for the Arts. 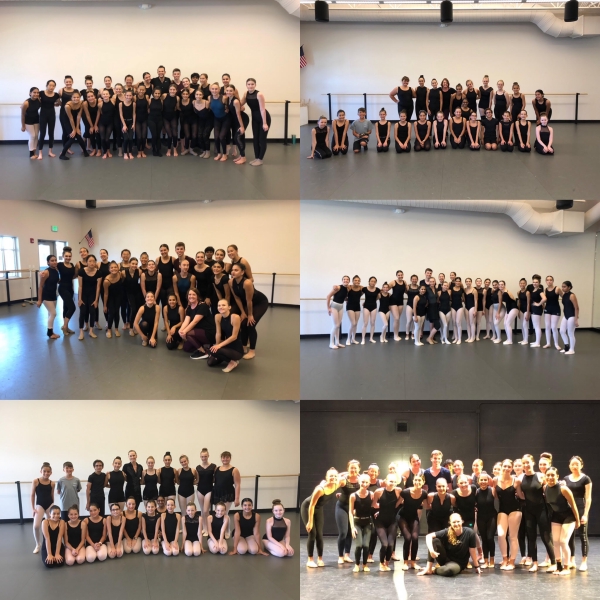 The WPS Dance Department recently hosted a Dance Intensive for over 50 6th-12th grade students at the Cypress Center for the Arts. Led by distinguished dance professionals, we thank our Dance Teachers and the Fine Arts Boosters for sponsoring such an incredible event! Please check WPS Dance Twitter or Instagram for photos and videos from the event. 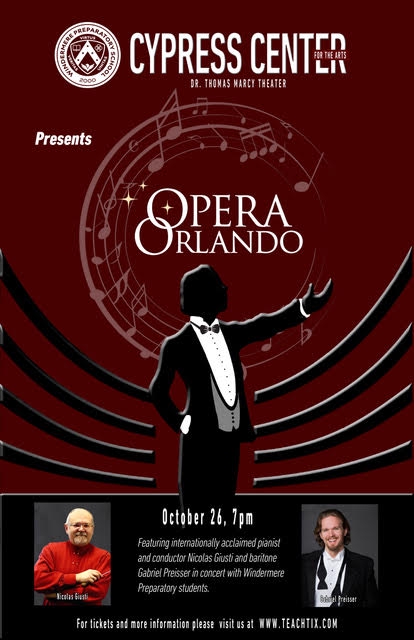 Opera Orlando is pleased to announce a special collaboration with Windermere Preparatory School as part of the 2019-20 season. Opera Orlando guest artists and studio artists will work with the music and theater students of Windermere Preparatory School in masterclass settings during the fall semester, culminating in a performance on October 26 at 7 p.m. at the newly constructed Cypress Center on campus at Windermere Prep. The performance will feature world-renowned pianist and opera conductor Nicolas Giusti and Opera Orlando’s own Gabriel Preisser, performing a concert of operatic arias, duets, and ensembles side by side with students from Windermere Prep. This performance is open to the public and includes light appetizers and wine.
“This collaboration is indeed fortuitous for our students at Windermere Prep as they are putting on their first opera this semester, Menotti’s The Medium,” said Jason King, who serves as the director of fine arts at Windermere Prep. “We are thrilled to partner with Opera Orlando. We know that introducing our kids to all art forms, providing them the opportunity to collaborate on the stage with international talent, is truly invaluable and life-molding.”
Opera Orlando executive director and “resident baritone” Gabriel Preisser added, “We know that this is the beginning of a wonderful long-term partnership with the students and faculty at Windermere Prep, and we are so grateful to them for having us. They have a beautiful venue and a talented array of students who are eager to launch their careers in the arts. It is our privilege to provide formative opportunities, like this concert, that will certainly enrich the students’ lives and also enrich our entire community.”

Critically acclaimed by The New York Times and Opera News, Mr. Preisser has performed leading-man roles for various companies throughout the U.S., including the Minnesota Orchestra, Colorado Symphony, Opera Tampa, and others. Most notably, he created the role of Lt. Gordon in Kevin Puts’s Pulitzer Prize-winning Silent Night at Minnesota Opera, with subsequent performances at Opera Philadelphia and Cincinnati Opera and on national PBS broadcasts.
On the concert stage, he has garnered a reputation for his dynamic interpretations of Orff’s “Carmina Burana” and Walton’s “Belshazzar’s Feast” with the Canterbury Chorale, Atlanta Ballet, Orlando Ballet, and the Jacksonville Symphony. In addition, he is a frequent recitalist throughout the U.S. and a proponent of American composers such as Charles Ives, Carlisle Floyd, Aaron Copland, and John Duke.

Besides his performing career, Mr. Preisser co-founded Angels & Demons Entertainment, an opera/musical theater production company focusing on semi-staged and site-specific opera and musical theater presentations. He currently lives in Winter Garden with his wife, son, and daughter.
———-
A master of the Italian style, Maestro Nicolas Giusti is known for his work alongside international opera artists June Anderson, Rockwell Blacke, Cecilia Bartoli, Franco Bonisolli, Renato Bruson, Placido Domingo, Leo Nucci, and Giancarlo Menotti. As a conductor, coach, teacher, and composer, he is the beneficiary of the Italian operatic tradition through his many years of collaboration with Maestro Arturo Toscanini’s assistant, Antonio Tonini, of the Teatro alla Scala di Milano. He has coached several international artists in preparation for major operatic appearances. As a collaborator in Franco Zeffirelli’s film “Callas Forever,” he was vocal consultant and the pianist for the film.

In addition to presenting masterclasses throughout Europe, Maestro Giusti has served as musical director for the Mario del Monaco Foundation’s Accademia di Cagli, associate director of Belcanto at the Festival of Avenches (Switzerland), and for over twenty years as professor of opera at Ministero dell’Università e della Ricerca (Istituto di Alta Cultura) in Pescara, Italy.

About Windermere Preparatory School: Windermere Preparatory School (WPS) is a private college preparatory school educating students from pre-kindergarten through grade 12. Founded in 2000, WPS is a Nord Anglia college preparatory school, located on a 48+-acre campus in southwest Orlando. WPS provides a seamless curriculum that culminates with the International Baccalaureate Diploma Programme (IB). WPS is the only Central Florida private school to offer the IB Diploma, which is widely considered to be the Gold Standard of high school curriculum. WPS is a local school of distinction with a global vision, providing service to over 1500 students, including a population of international boarding students from around the world. WPS is an International Baccalaureate World School, fully accredited by the Southern Association of Colleges and Schools (SAC), Florida Council of Independent Schools (FCIS), Southern Association of Independent Schools (SAIS), and the Florida Kindergarten Council (FKC). Additionally, WPS is a member of the Florida High School Athletic Association (FHSAA). 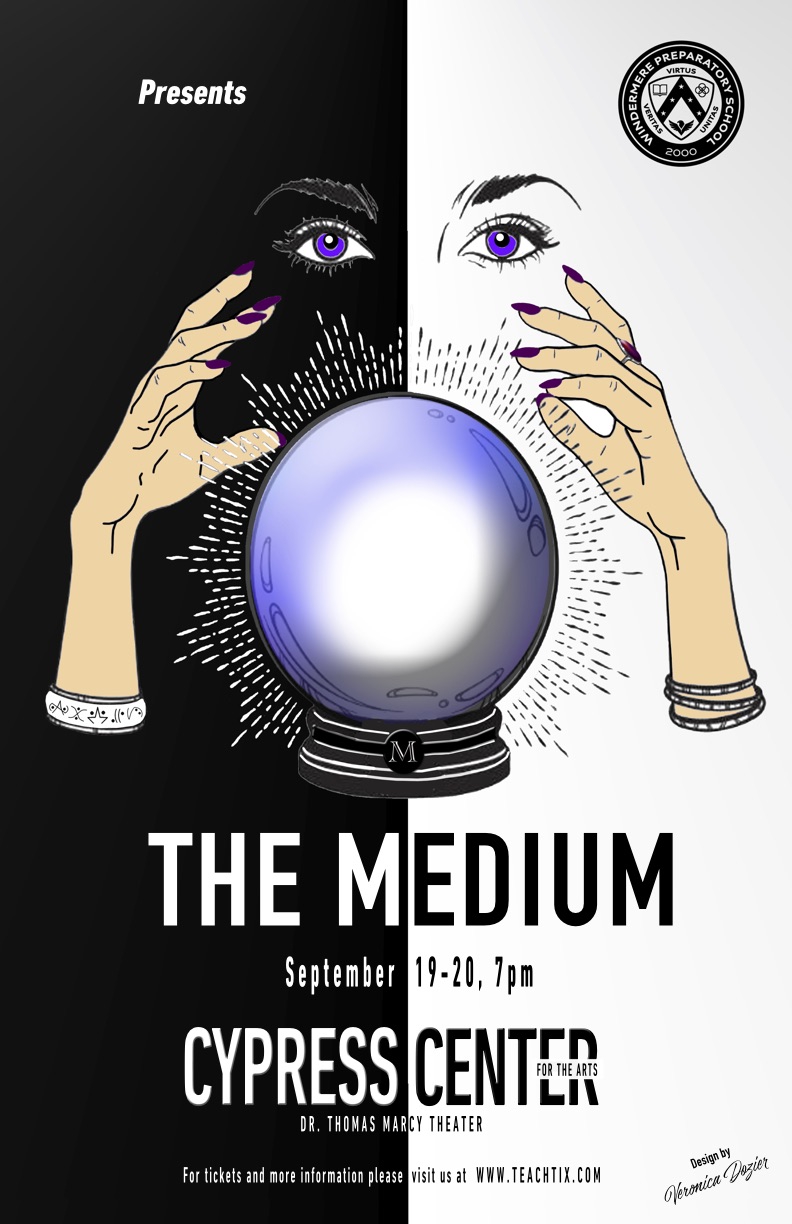 We hope to see you at our very first opera, The Medium, on September 19 and 20, both at 7:00 pm. Tickets are only $5.00. Please visit teachtix.com/wps/the-medium to purchase your tickets. Tickets go on sale tonight at 8:00 pm! 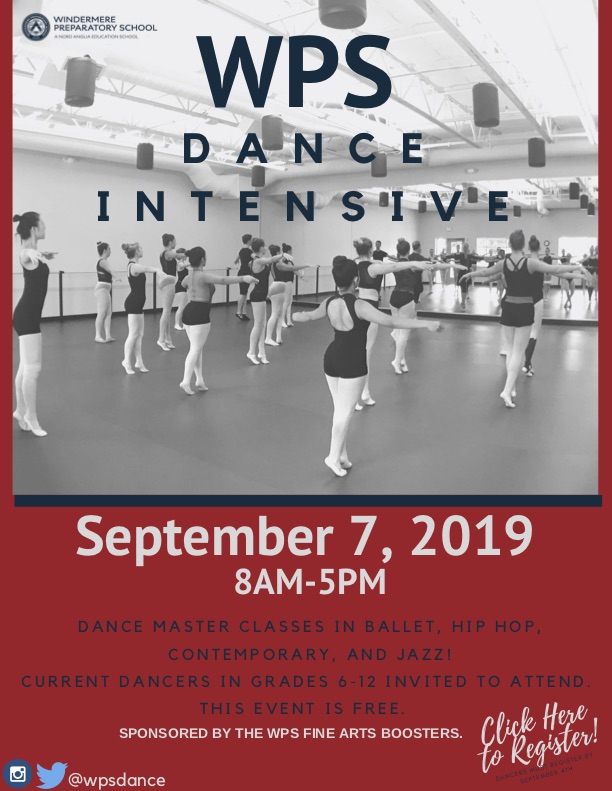 Current dancers in grades 6-12 are encouraged to attend this free dance intensive on Saturday, September 7, 8:00 am – 5:00 pm. at the Cypress Center for the Arts Dance Studios. Highlights include ballet, hip hop, contemporary, and jazz. This event is sponsored by the Fine Arts Boosters.